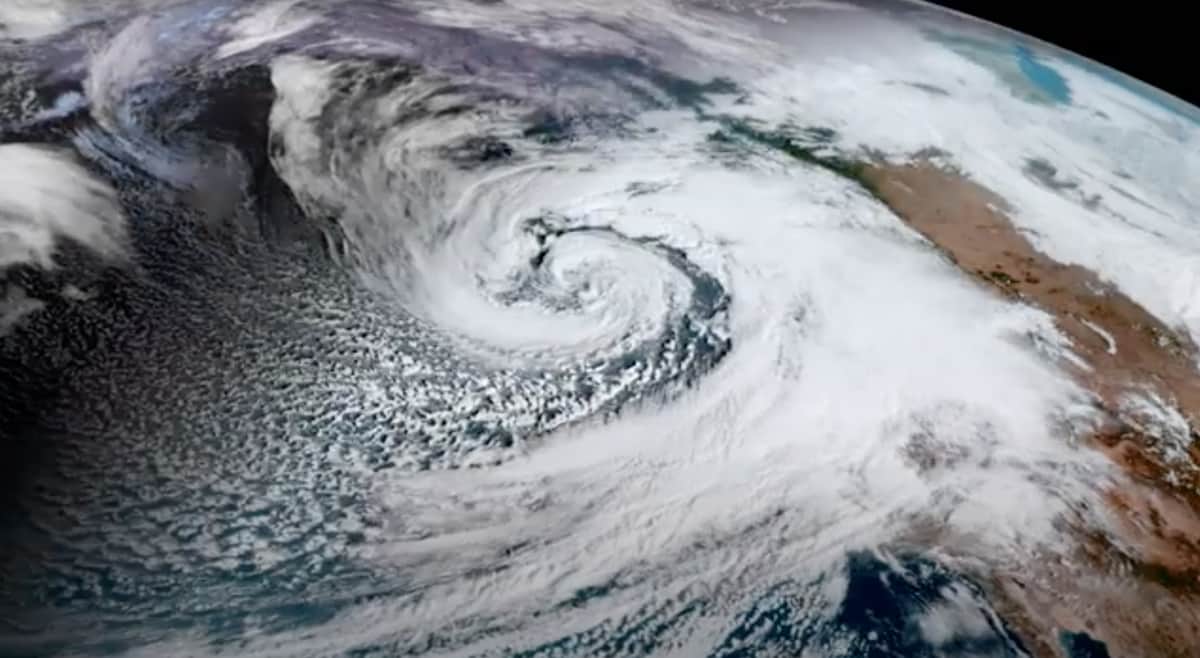 8-trillion gallons. That’s the amount of liquid that fell on California in the space of a few days earlier this week.

Through this morning, the unprecedented bomb-cyclone and atmospheric river have dropped well over 8-Trillion gallons of precipitation (liquid water) on state of California.

Ski areas got dumped on, most receiving over 3-feet of fresh snow, allowing resorts such as Mammoth Mountain and Palisades Tahoe to open early. Mammoth has just had its second snowiest October ever recorded.

A few days before this deluge, California Governor Gavin Newsom declared a statewide drought emergency, urging Californians to step up their water conservation efforts as the western US faces a potential third dry year. California just had its second driest year on record with near-record low storage in California’s largest reservoirs. 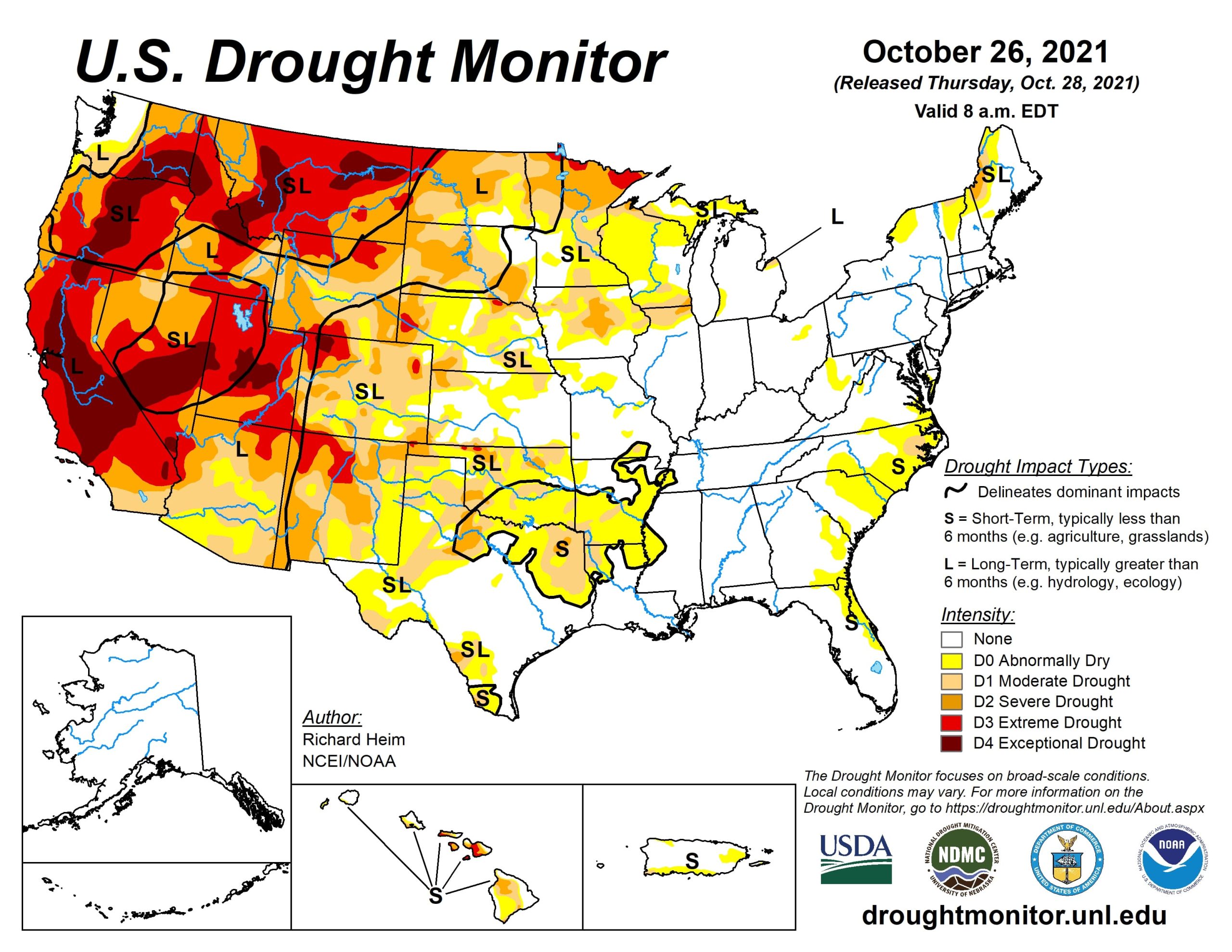 So, what difference will 8-trillion gallons of water make to the drought situation––if any?

According to the Washington Post, Lake Tahoe received about 61,000 acre-feet of runoff in 48 hours, rising about six inches above the rim since Sunday, and currently sits five and a half feet below capacity. Lake Oroville gained 100,000 acre-feet of water and rose 26-feet, but it is still more than 130-feet below water levels from a couple of years ago. And Lake Shasta, the largest reservoir in California, is only at 41% of its historical average for this time of year.

If many reservoirs are still below their historical averages, what will it take to fill them up? “California will need at least another three storms of similar magnitude (or better 5-7 storms of lesser magnitude) to achieve the long-term average precipitation,” Helen Dahlke, associate professor in Integrated Hydrologic Sciences at the University of California at Davis, told the Washington Post. “Ideally, we do need more than the annual average to make up the deficit of the last two years.” 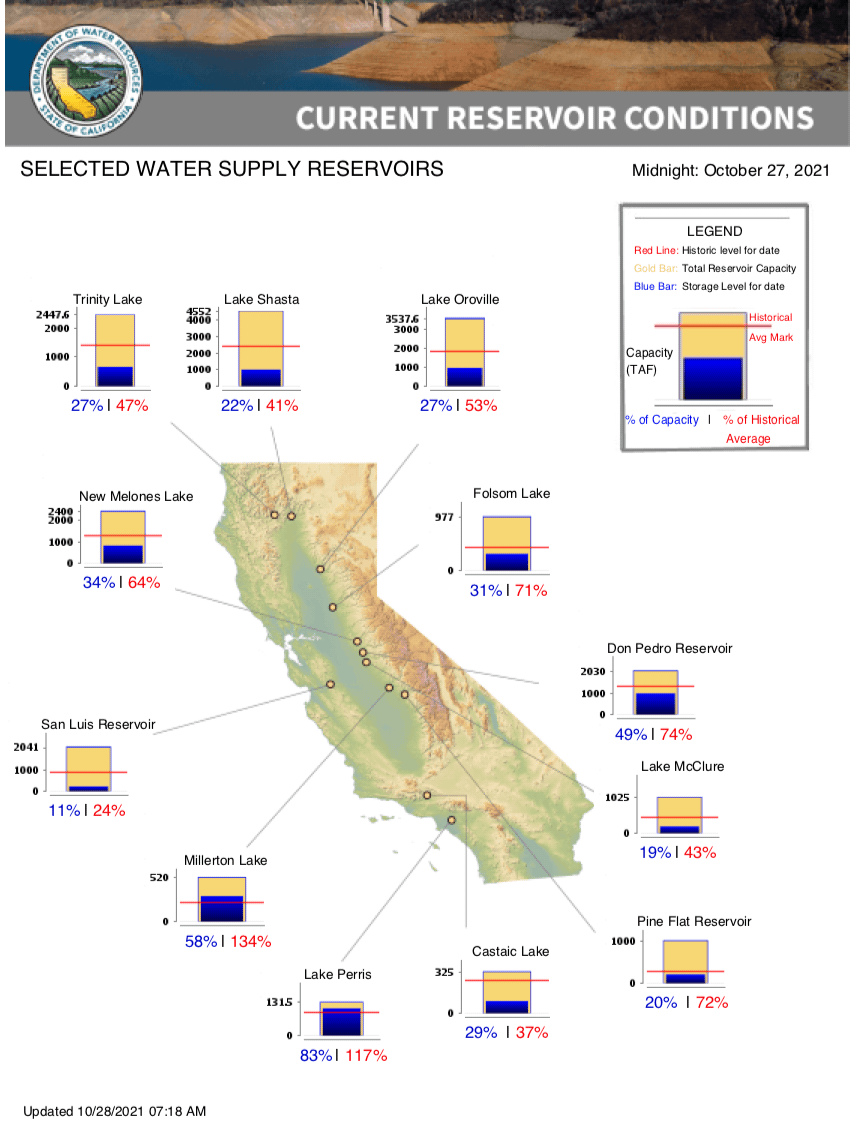