A New €54m End to the Vallée Blanche

The world’s longest lift-served ski run, the Vallée Blanche in Chamonix, descends over a series of glaciers which are melting rapidly.

In good conditions it’s possible to ski or board all the way back to Chamonix but more often guides will end the descent at the historic railway station of Montenvers at 1913m. 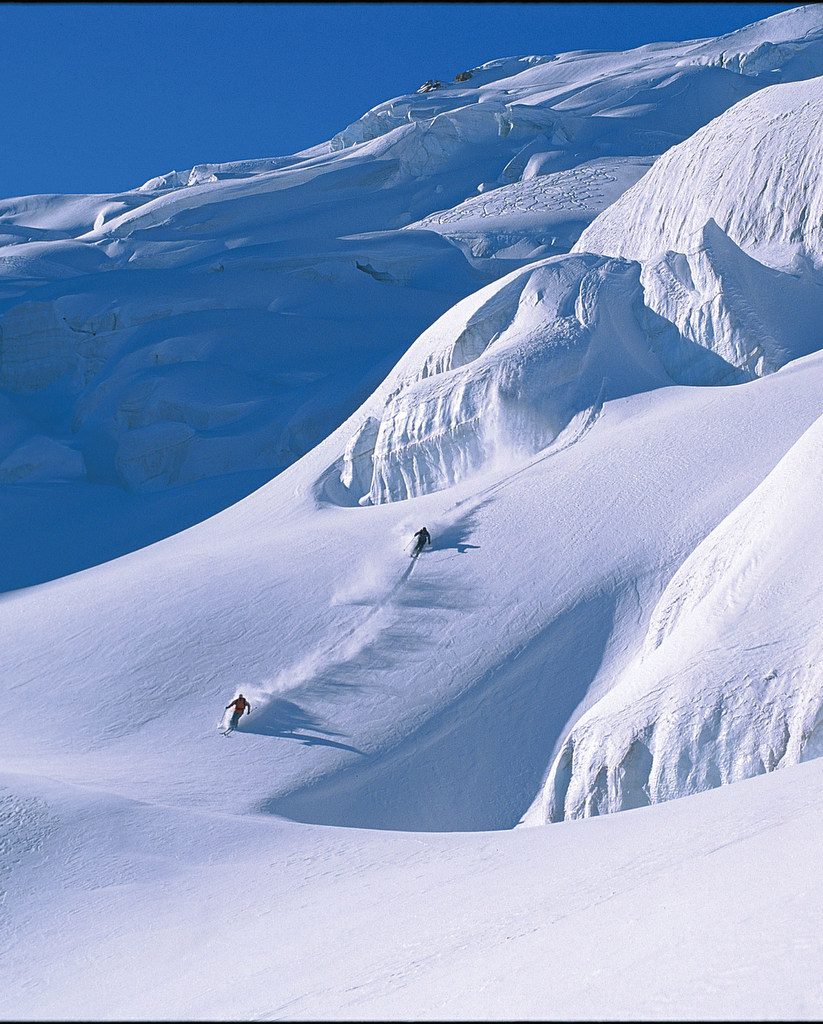 Leaving the glacier to reach the train in the early 1990s skiers and boarders climbed a few steps up from the snow to board a short gondola ride up to the train station.

But over the past 140 years the glacier has retreated two kilometres and has lost 220m in depth at  the Montenvers station. More poignant is the fact that it has lost 100m depth in the last thirty years. As a result those few steps from the glacier to the bottom station of the gondola have grown to 550 steps in order to reach the bottom of the gondolas up to the station – one of the most unavoidable, in-your-face pieces of evidence of climate change there is anywhere on earth.

It’s also now one of the greatest challenges of the Vallée Blanche descent, the long climb up and out in your ski boots, carrying your skis, with tired legs. 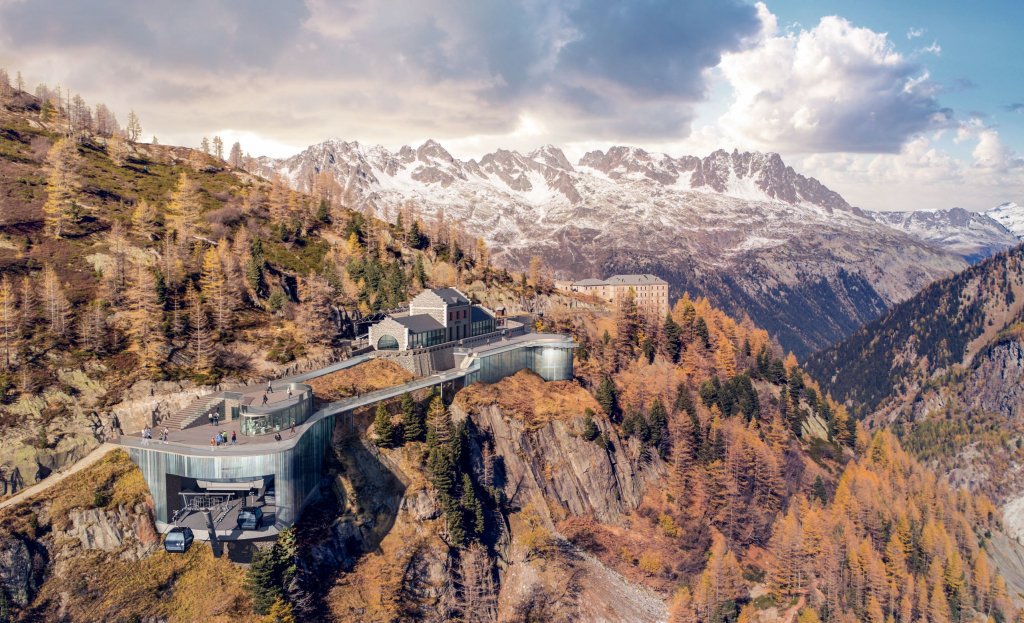 Now the Compagnie du Mont-Blanc have unveiled a 54 million Euros project which will see a new gondola lift built 700 metres further up the mountain where the current level of the ice is more significant, as well as a new Glacier Interpretation Centre (or ‘Glaciorium’), due to be completed for winter 23-24 and in December 2024 respectively.

There’s a video of the planned complex here.

“We want to make this glacier and climate interpretation centre a world reference. The Montenvers welcomes over 1 million visitors per year, and our aim is to inform them, in a fun way, about everyday actions and the role we can all play in preserving this environment, ” said Matthieu Dechavanne, CEO Compagnie du Mont-Blanc.