Did You Know There Used To Be 'Geyser Baths' at Yellowstone's Old Faithful?

Bathing, swimming, walking, or interacting with any of Yellowstone National Park’s geothermal zones is strictly forbidden these days, but that wasn’t always the case.

The Old Faithful Bathhouse offered guests a large swimming pool filled with water from nearby Solitary Geyser. It was a feature attraction for over 30 years in the park until environmental concerns forced it to close. Check out cool photos of guests enjoying the pools below. Here’s more information about the history of the Old Faithful bathhouse from the United States Geological Survey: (click to read more about the pool)

“This was not your average heated pool. The hot water was actually supplied by Solitary Geyser, a thermal feature nearly half a mile away from the pool. In 1914, Henry J. Brothers received permission to build a bathhouse and to pipe hot water from Solitary. Visitors enjoyed the relaxing warm pool and unique setting (for a price, of course). The 1920 park regulations stated, “Henry J. Brothers operates a pool bathhouse at Upper Geyser Basin. Rates, 50 cents in large pool, $1 in private pool.” In 1933, prominent park concessioner Charles A. Hamilton bought the Brothers bathhouse and remodeled it into a huge log building. The large indoor pool could hold 135 people and included a 25-foot-high lifeguard tower. Due to public health concerns and shifting attitudes, the geyser bathhouse was removed from the Upper Geyser Basin in 1951.” 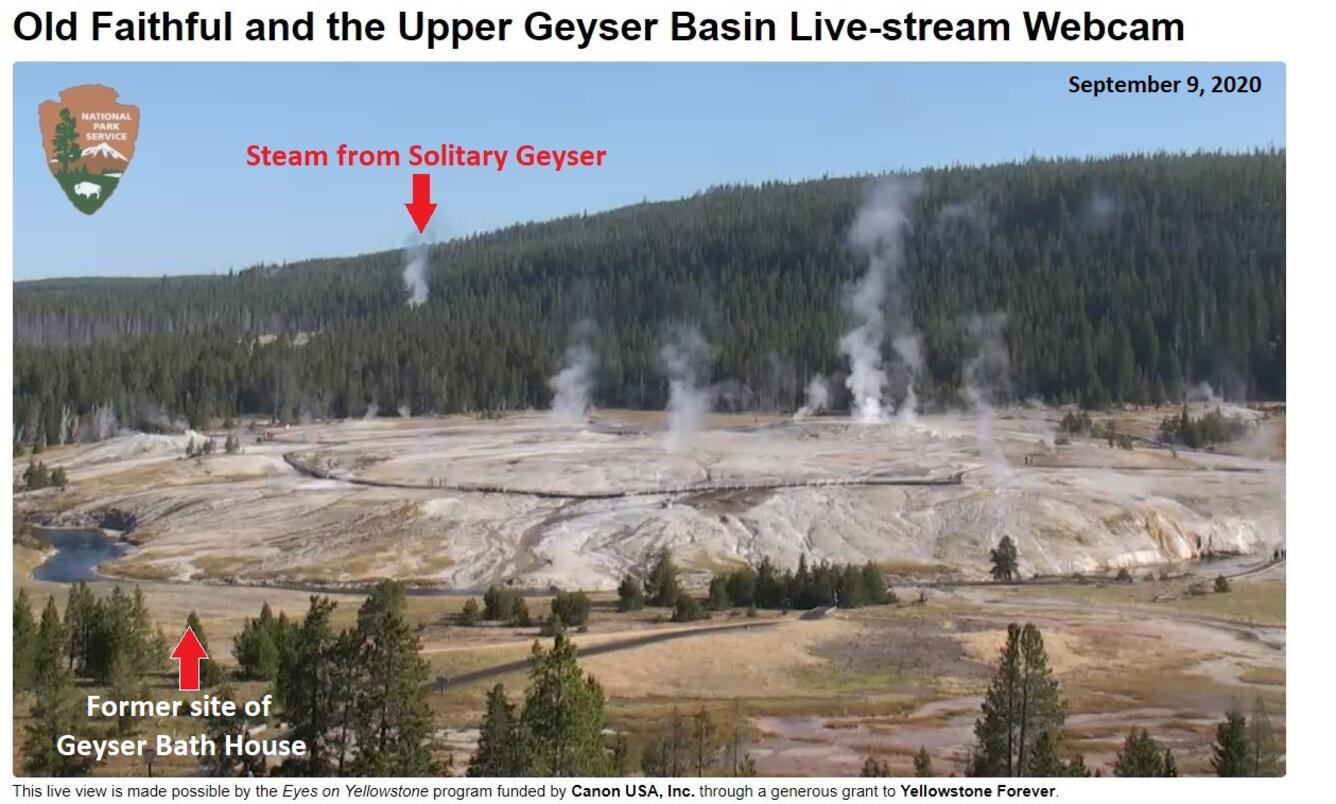 Can you imagine how much money this pool would rake in from the endless dumb tourists that flock to Yellowstone if it still existed today?

It was, of course, a good thing they removed the pool back in the 50’s due to environmental concerns, but I’m just saying that the wide-eyed city folk from California would probably pay $1000 a pop to bathe in the geothermal waters of Yellowstone.