During the pandemic, many of us reassessed our priorities in life, and most of us realised skiing or snowboarding were even more important to us than we had realised before.

This winter, travel companies tell us that people are responding by booking several ski holidays in the coming season to make up for trips lost, upgrading to better quality accommodation and staying longer if they can.

It’s also the season when some skiers are focusing on finally making it to ski resorts they’ve always thought they should get to at least once in their skiing or boarding lives. The kind of places that invariably appear on a list of resorts to ski before you die.

Of course, compiling a bucket list of ski resorts immediately makes you think of all the other resorts that deserve to be on it (Val d’Isère, Aspen, Alpe d’Huez, Innsbruck, Mammoth, Treble Cone, Portillo, the list goes on …), and to paraphrase famous ski filmmaker Warren Miller, “The best ski run in the world is the one you’re about to ski today” (wherever it is).

But that being understood, here’s an A–Z of 10 of those destinations, and why they should be on every skier’s bucket list.

Banff, Canada, Because: The Canadian Rockies

Most ski resorts offer great views from their slopes, but the ski areas around Banff take it to another level. It starts well as you drive west across the plain from Calgary Airport and the Rockies tower up above you as you approach. Then skiing at Sunshine or especially Lake Louise, you spend your day not only enjoying great terrain but pinching yourself that you can be at such a spectacular location.

Chamonix, France: Because: The Vallée Blanche

Which is the world’s most famous ski resort? Several of the ski areas in this list could easily be candidates, but somehow you can’t think of any one topping Chamonix. Host to the very first Winter Olympics in 1924 and located in the shadow of western Europe’s highest peak, Mont Blanc, it is, among its many attractions, home to the world’s tallest lift-served vertical which can be skied, snow permitting, along the legendary Vallée Blanche run. 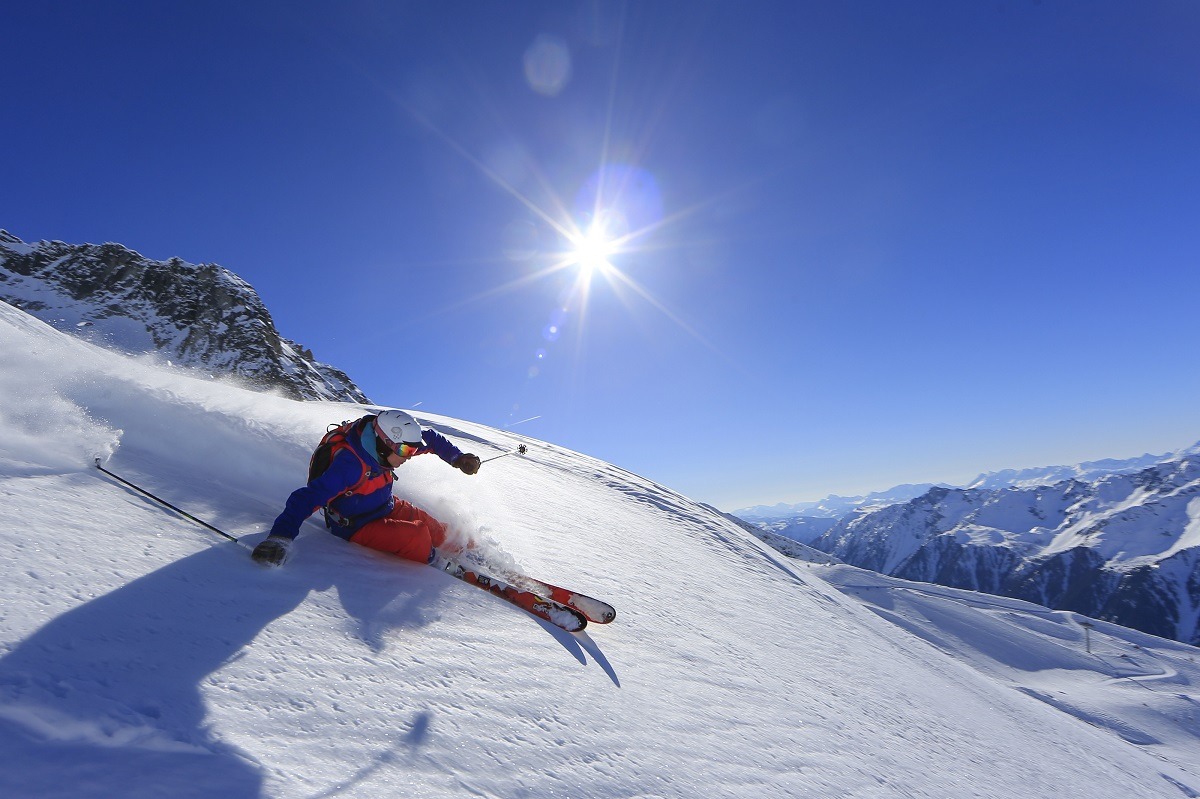 If one ski area has everything, it’s Cortina d’Ampezzo. Located in the stunning Dolomites, it has a beautiful pedestrianised centre lined with enticing cafés and boutiques selling Italian designer brands and great coffee. The fabulous ski area staged the most recent World Championships and will host Europe’s next Winter Olympics, and new lifts now connect its ski runs to those of the Sellaronda and Val Gardena.

Kitzbühel, Austria, Because: The Hahnenkamm

One of the world’s most famous resort’s, Kitzbühel’s relatively low elevation means it might be an early victim of climate change, but the resort has fought back using snow farming to create the longest non-glacier ski season in the Alps, 200 days long from October to May. It’s most famous though for the greatest World Cup downhill race of them all each January.

Niseko, Japan, Because: Mount Yōtei and The Snow

Niseko appeals to different skiers in different ways. Many do visit for the incredible snowfall that is usually the midwinter norm, when super-light powder lands snorkel-deep on the resort’s slopes. Others are transfixed by the vision of spectacular Mount Yōtei, a scaled-down version of Fuji, that fills the view from the runs. For most it’s both and everything else.

Austria’s Arlberg region is where the modern alpine-style of downhill skiing was invented at the start of the 20th century, developing on from the Scandinavian telemark style to suit the steeper slopes of the Alps. Today St Anton and the wider Arlberg are a cult ski destination with one of the largest linked ski areas in Austria. 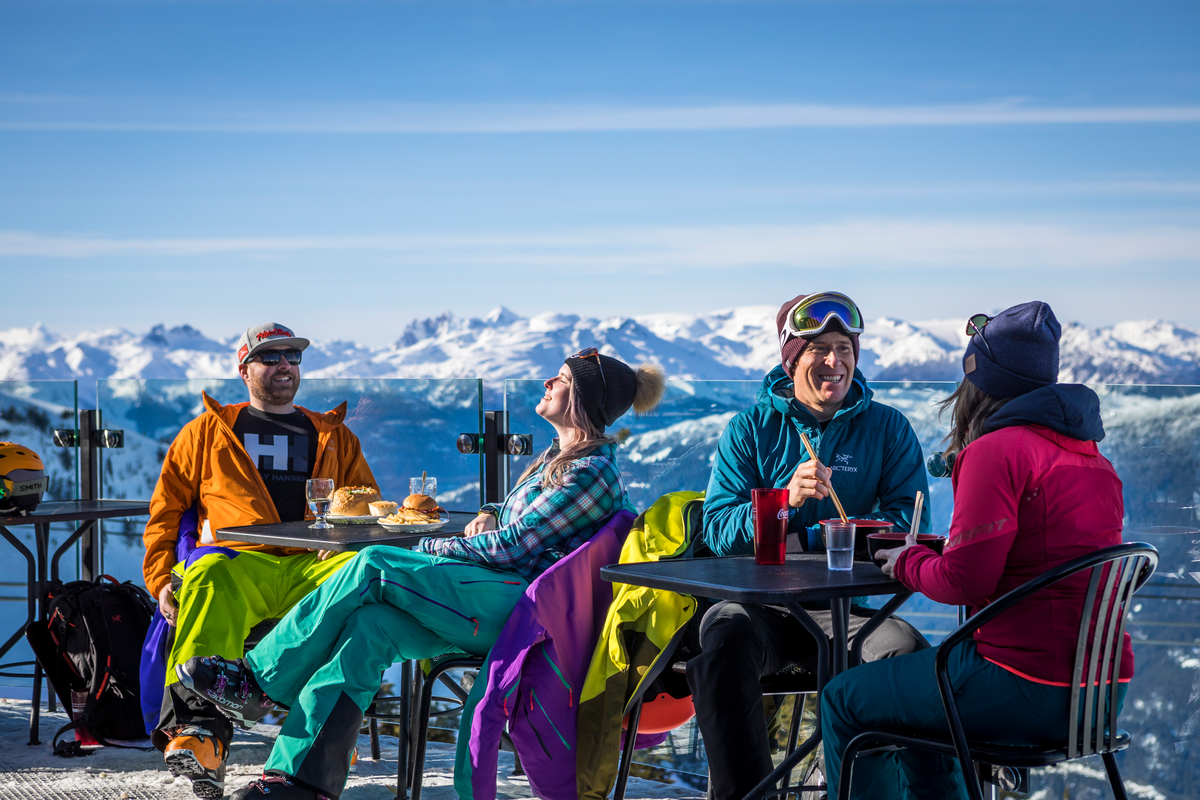 St Moritz, Switzerland, Because: It all began here

St Moritz is a very special place where the very first winter-sports holiday took place way back in 1864. A local hotelier bet a group of Brits they’d find the winter climate better in the mountains than in London. The hotelier won the bet and the rest is history. The resort’s “champagne climate” brings abundant snow but also 300 days of sunshine a year. The simple mountain guesthouse where those first tourists stayed remains preserved in a corner of the huge 5★ Kulm Hotel it has become.

Home to a multitude of ski villages including famous names like Courchevel, Méribel, Les Menuires and Val Thorens, the latter Europe’s highest full-scale ski resort, this region has taken the title of world’s biggest for almost 50 years, and despite many new runs being created over the decades, it’s sticking to its magic number of 600km of interconnected-runs.

Whistler, BC, Canada, Because: Biggest in North America

Few resorts have found fame over the past three decades like Whistler Blackcomb. Its design has been copied by many other resorts since it came to global prominence. Host of the 2010 Winter Olympics and home to North America’s largest ski area, it draws skiers from around the world every winter.

Zermatt, Switzerland, Because: The Matterhorn

Zermatt may be one of the most expensive ski resorts in the world to visit, but it’s worth it. Apart from its huge area crossing the border to Cervinia in Italy and its slopes reaching the highest lift-access runs in Europe, open year-round, it’s the incredible Matterhorn towering above that makes this a truly stunning place to be, and ski.

Our friends at Ski Independence have over 25 years of experience creating tailor-made Whistler ski holidays. This winter, they have their usual wide range of excellent offers and are also giving away $250 (around £185) to spend on food and drink for all Whistler stays of 10 nights or longer when you book by 15 November 2021:

•         Family Offer: 10 nights at the 4★ Plus Delta Whistler Village Suites from £4,920pp. Price based on two adults and two children (under 12) sharing a Two-Bedroom Suite, including flights with Air Canada (free ski carriage) and shared transfers. Dep. 9 April 2022.

Price based two adults sharing a Crystal Room at the Crystal Lodge for eight nights and a Traditional Room at the Sheraton for two nights, including flights with Air Canada (free ski carriage) and shared transfers. Dep. 25 February 2022.  ski@ski-i.com | 0131 243 8097 |ski-i.com