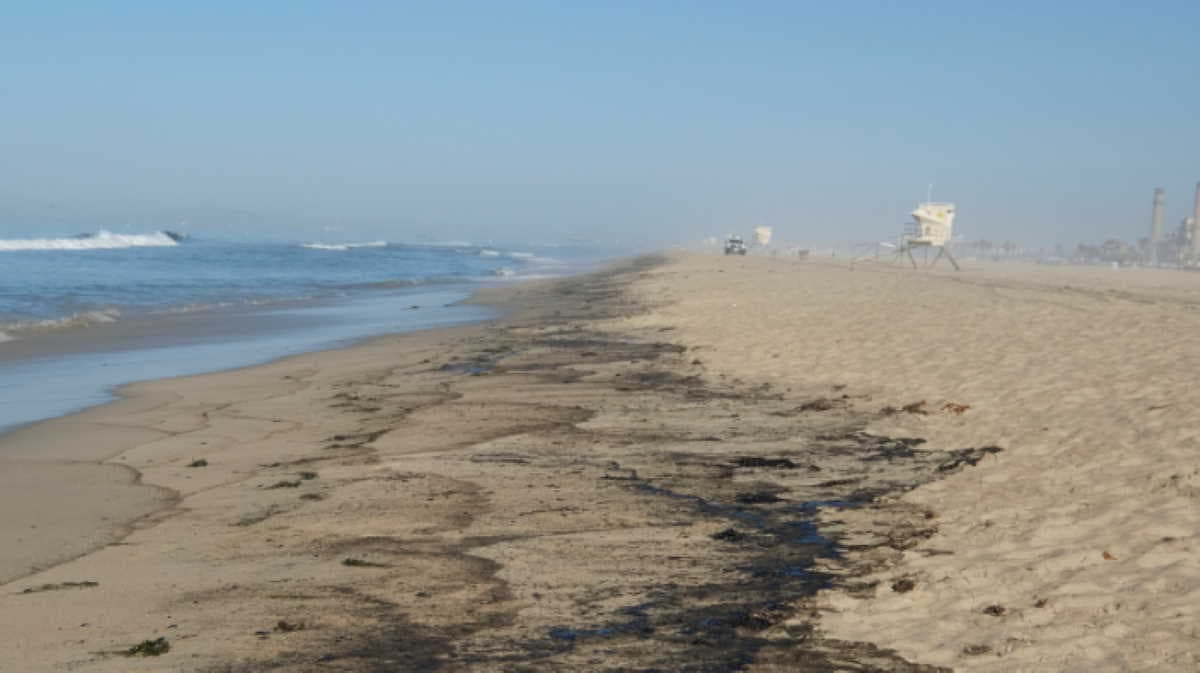 A pipeline leak five miles off the coast of California has spilled more than 126,000 gallons of crude oil into the Pacific Ocean, resulting in the closure of a number of the state’s famous beaches.

13-miles of shoreline have been affected, with legendary surf spots Huntington Beach and Newport Beach both closed. Huntington Beach Mayor Kim Carr said the beaches could remain closed for weeks or even months.

They lifted the flight restrictions so I popped the drone up #oilspill #huntingtonbeach #newportbeach pic.twitter.com/RN5kdoUUiK

The annual Pacific Air Show, which usually attracts thousands of spectators to Huntington Beach, was canceled.

The impact on wildlife was immediately evident, with dead birds and fish washing ashore. The Coast Guard and California’s Department of Fish and Wildlife are working to prevent it from pushing inland and polluting fragile wetland environments.

“We already have reports of dolphins being seen swimming through the oil slick. They can’t get away from it quickly. And now it has reached land. This is a toxic spill. And many, many animals are going to die. And many more than we can count, because they will occur at sea.” 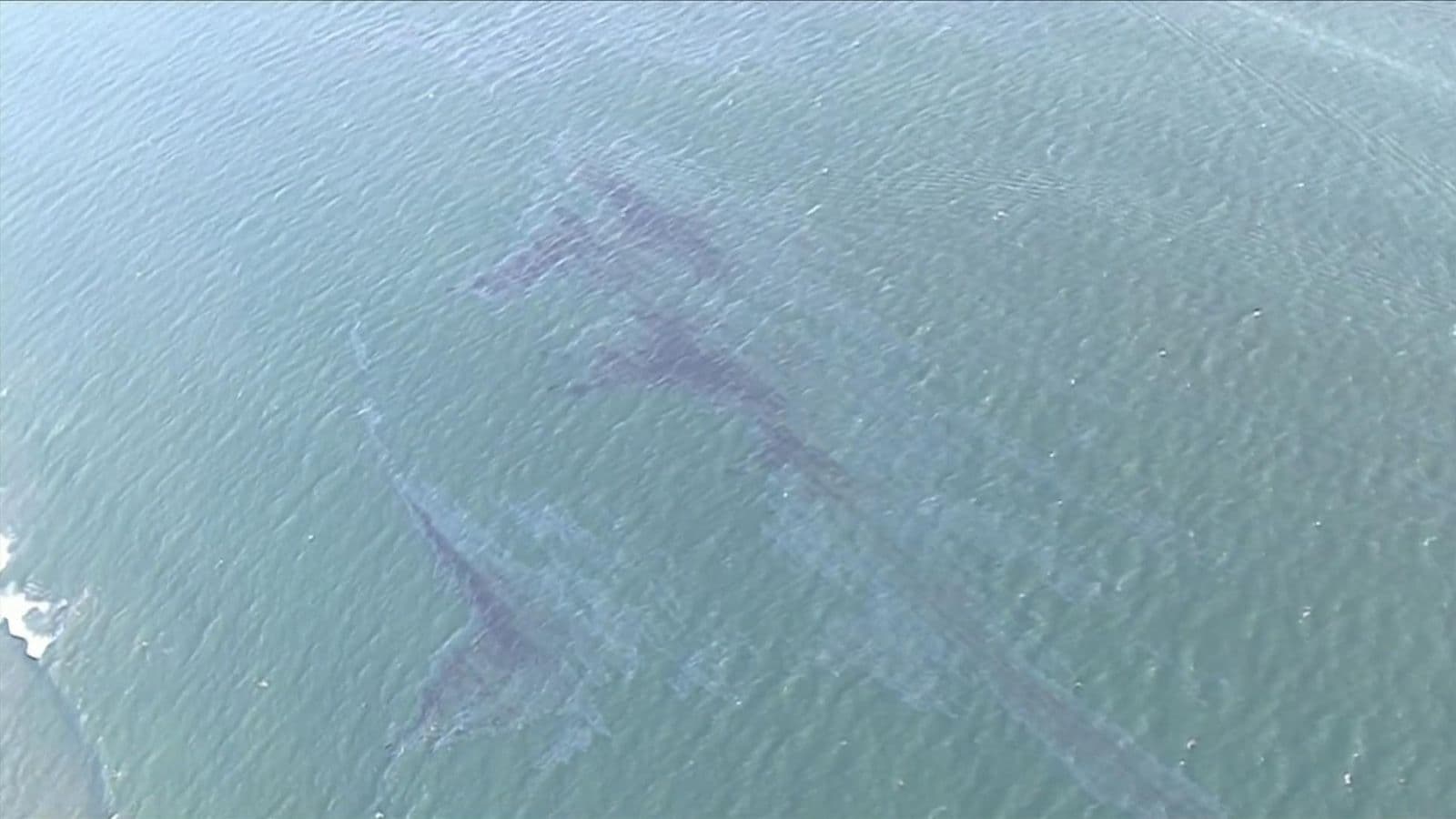 The leak came from a pipeline owned by Beta Operating Company, a Southern California oil producer. They first noticed the problem around noon on Saturday and shut down the pipeline soon after. Crews also used pressurized equipment to retrieve oil, KABC reported.

Oil slick off the coast of HB. Bad ending to a great day! What a great air show!!! pic.twitter.com/2Tau5Rv7sN

Orange County Health Care Agency warned the public about the dangers of being near the coastline, with toxic fumes that can cause vomiting, dizziness, and irritation to the nose, eyes, and throat. If touched, toxic sludge could be absorbed by the skin and cause irritation.

The @Pacific_Airshow is cancelled. -We were just notified that oil is continuing to spill from the pipeline breach location connected to oil rig Elly. -The leak location is ~5 miles off the coast of HB

The public is being asked not to approach potentially affected wildlife, as “they can cause more harm than good to the animals,” but instead call the UC Davis Oiled Wildlife Care Network at (877) 823-6926.

“Members of the public should avoid the oiled shoreline, as the area is unsafe and should be cleaned only by trained contractors.”

– Eric Laughlin, a spokesman for the California Department of Fish and Wildlife

The spill is California’s largest since 2015 when a ruptured pipeline north of Santa Barbara sent 143,000 gallons of crude oil onto Refugio State Beach. 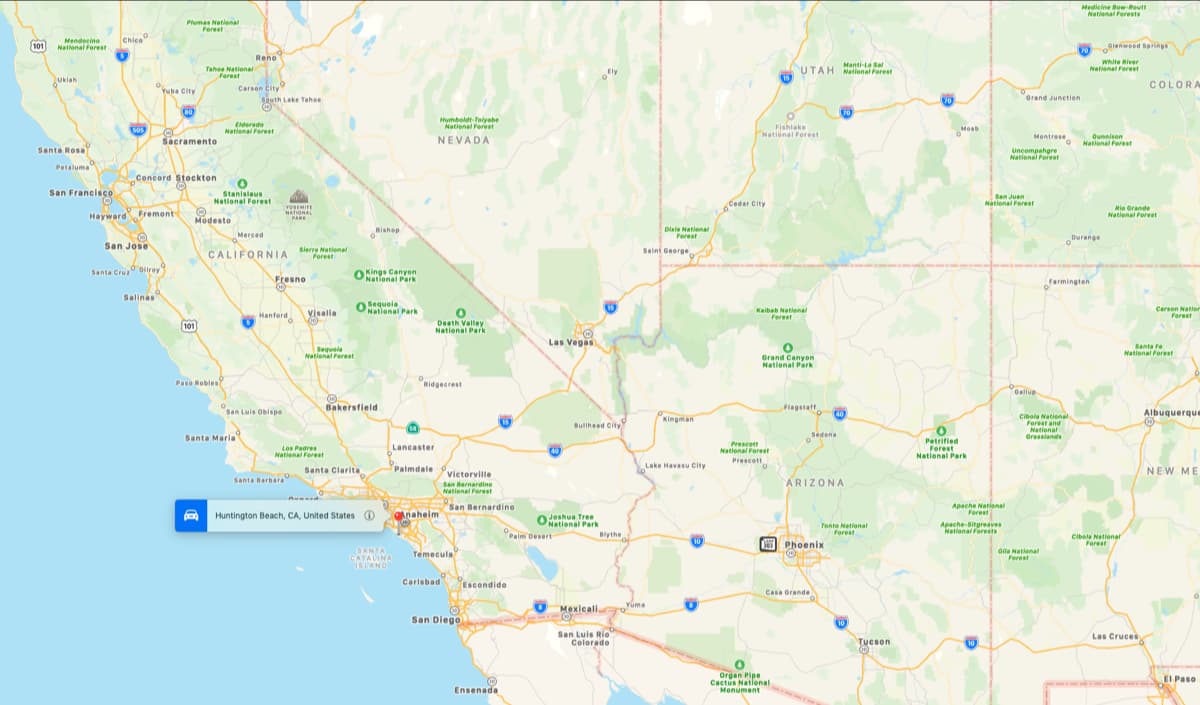