Eddie ‘The Eagle’, still the world’s best known ski jumper more than 30 years after he became world famous at the 1988 Calgary Olympics in Canada, has had his likeness created out of snow during the international Shapes in White competition at Ischgl in the Austrian Tirol.

Eddie-in-snow is one of multiple sparkling white snow sculptures created over the past week which will now decorate Ischgl following the 28th Shapes in White exhibition.

A variety of topical themes have been used over the years, and this year its winter sports. It’s up to the sculptors to interpret the brief how they see fit. 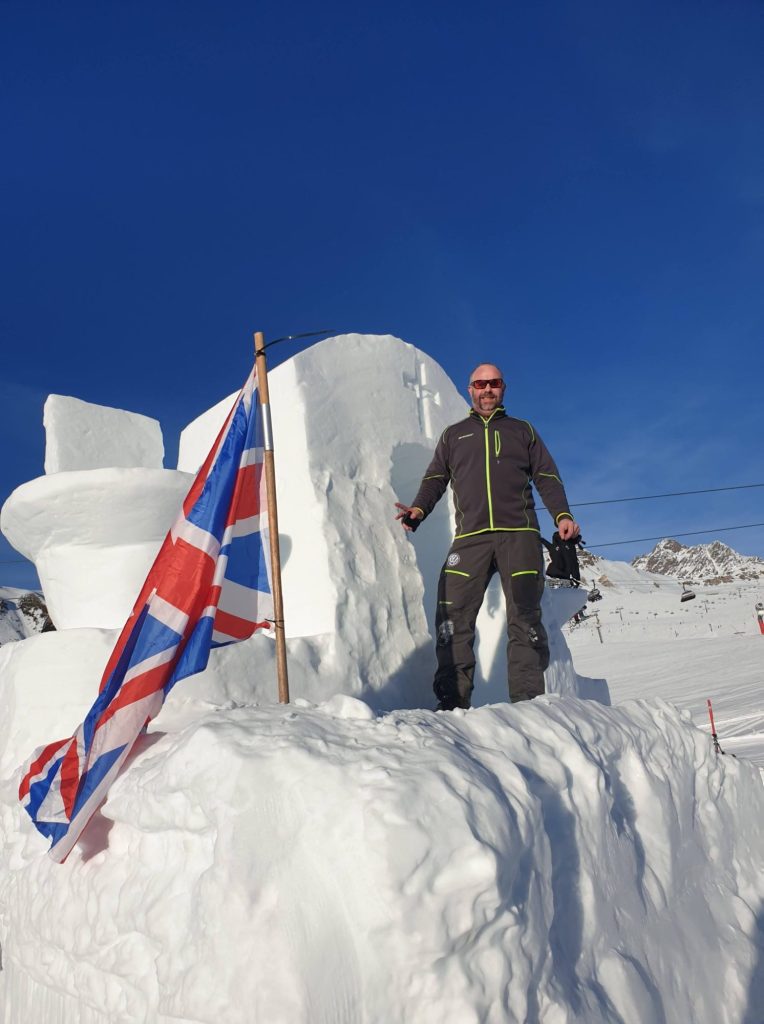 Justin Scott (50) and Martin Sharp (45) travelled from the UK to Austria to compete in Ischgl’s international snow sculpture competition against some of the top figure sculptors in the world.

Harking from Driffield in Yorkshire, Justin Scott is a trained sculptor who graduated from Carmarthenshire college and now runs his own gardening and tree-surgery business. He has been competing in Shapes in White since 2001, choosing – when possible – to bring a British influence to the mountain tops, previously achieving second place with his model of Elton John. Each year he battles not only against fierce competition, but time, the elements, and occasional mishaps.

This year Scott was assisted by Martin Sharp from York, a business consultant and fitness coach.

When asked what the secret is to being able to compete at such a high level coming from a country not well known for quality snow, Justin says: “I guess I’ve been lucky to have been naturally gifted. I also have a keen eye and great friends to help me along the way”.

Asking Michael David Edwards, aka Eddie The Eagle his thoughts on this homage creation, he says: “I’ve had a few statues and busts made of me in the past, but never in snow and ice…..so this is a first for me. I thought ice was just for putting in my gin ‘n’ tonic!”.

Justin and Martin are happy to talk frankly about the competition, the issues being brought up with COVID-19, and share the day-by-day progress of Eddie The Eagle during the entire event.

The international teams of sculptors spend five days working with spades, chisels, and carving tools to create impressive works using the 100 tonne piles of snow which are up to 10 metres high. 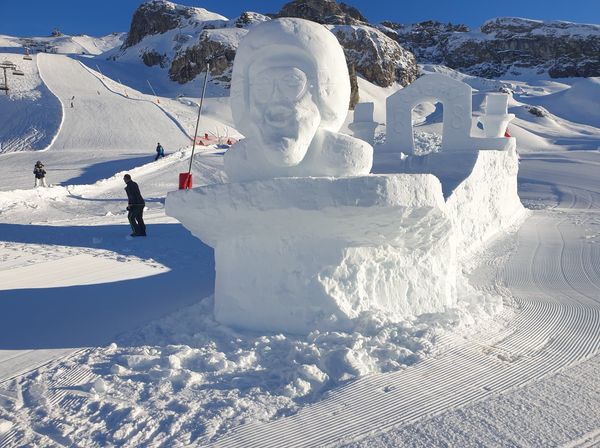