Dan Egan, the legendary extreme skier who features in 12 of Warren Miller’s ski movies, has announced a short tour visiting three English cities following the launch of his book, 30 Years in a White Haze.

The tour will see Egan visit London, Manchester and Birmingham during October, where he’ll be talking to audiences about some of the incredible experiences he’s had all over the world.

InTheSnow readers can get FREE tickets for the tour in Manchester and London, using the code INTHESNOW at checkout here: Manchester | London

Starting at The National Snow Show at the NEC Birmingham this weekend, the tour will also visit Ellis Brigham stores in Manchester and London on October 25 and 27.

Dan Egan said: “I always look forward to visiting the UK and have spent many years at the ski shows in London. Now travel has opened up again, it felt like a great opportunity to come and share my stories with British skiers who are so passionate about the sport. This winter I’m planning to be back in Europe, running ski clinics in France (Val d’Isère) and Switzerland (Zermatt, Engelberg), so hopefully, some of the people that come and see the talk will feel inspired to join me”.

Thirty Years in a White Haze is a story of worldwide adventure and the evolution of extreme skiing, chronicling Dan’s trials, successes, and losses, as well as the technological boom and subsequent growth of the outdoor media industry.

The book unravels history as Egan ties together his own family’s story, the ever-present mortality of his namesake, his grandfather’s involvement in desegregating Boston’s (his home town) schools, and the rise of extreme skiing and technology into the new millennium. An ode to a life filled with curiosity, growth, freedom and its costs, Dan Egan and Eric Wilbur’s new book promises a heavy dose of humour, suspense, thrill, and documentary, as thirty years of haze dissipates to clarity.

For anyone that has followed the extreme and freeride ski movement for the past four decades, this book will present an opportunity to get into the mind of one of sports true greats. For everyone else, enjoy the ride as it takes the reader on a journey of the seemingly impossible.

Tickets are available on Eventbrite for the Ellis Brigham events here: Manchester |    London

Use the code INTHESNOW at checkout for free tickets to the Ellis Brigham events.

30 Years in a White Haze will be available to purchase at the talks and at The National Snow Show on the Ellis Brigham stand.

Tickets for The National Snow Show can be purchased online here: nationalsnowshow.com 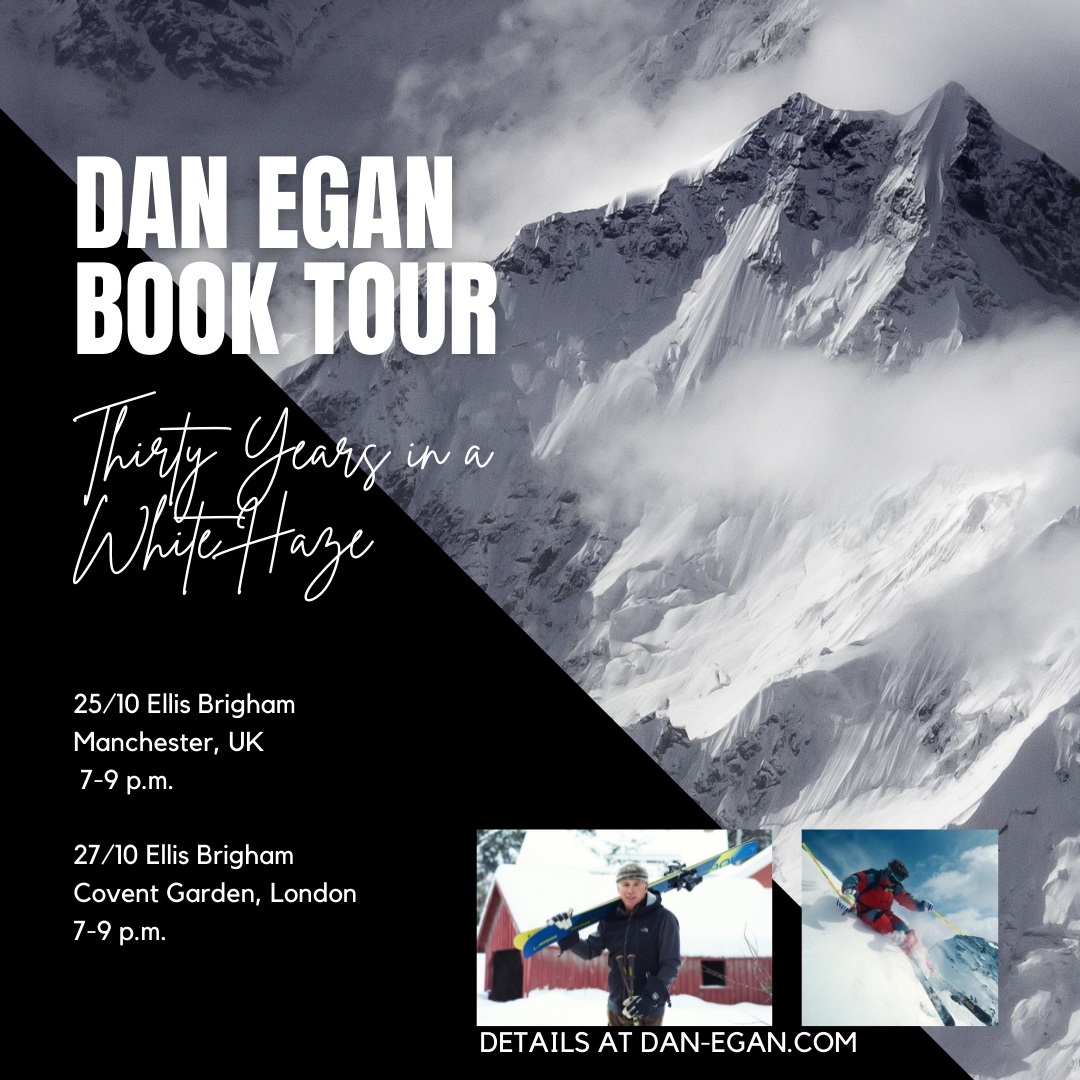