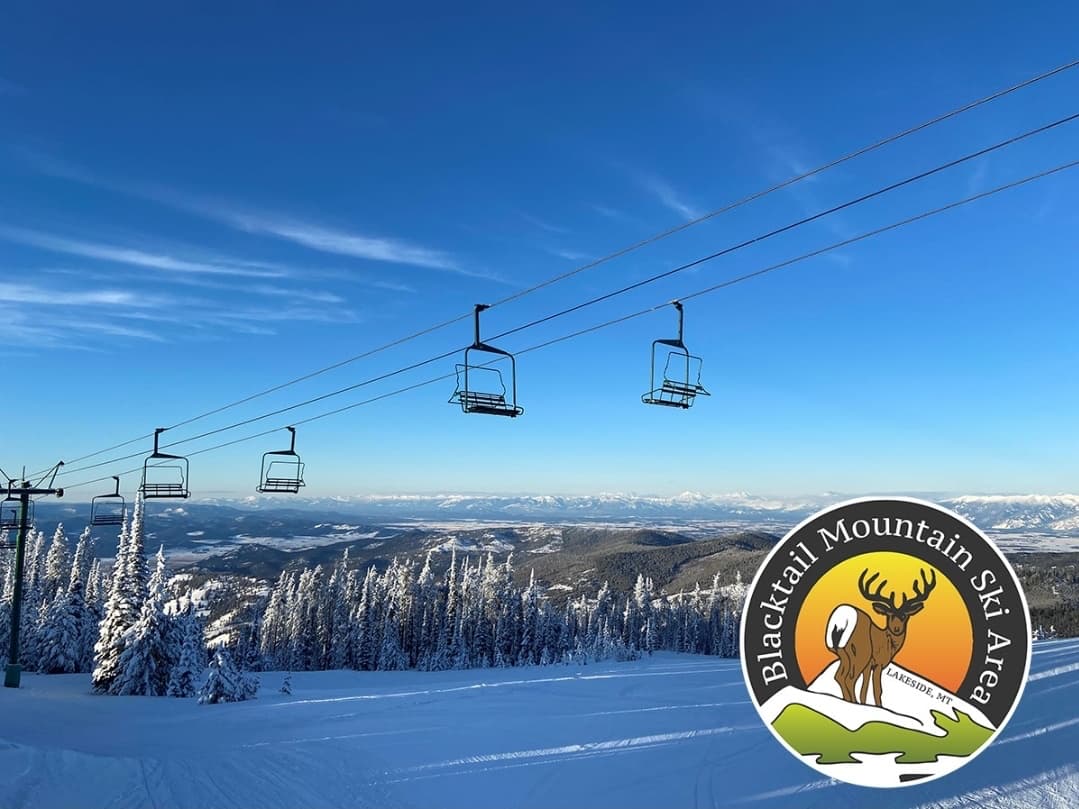 Mission Ridge Ski and Board Resort, WA, announced yesterday that they will purchase Blacktail Mountain Ski Area, MT. The Blacktail ownership will transfer immediately and all the staff will be retained, reports NBC Montana.

Today we are excited to jointly announce the purchase of Blacktail Mountain Ski Area by Mission Ridge Ski Board Resort.

“We are really excited to get to know the Montana ski community and feel that Blacktail is a great fit for our culture,” said Larry Scrivanich, owner and president of Mission Ridge. “Blacktail is a treasure of the Flathead Valley and loved by local skiers and snowboarders as well as folks from outside of the area.”

Steve Spencer, Blacktail Mountain founder and president said, “I, along with my three partners, Tom Sands, Dennis Carver, and Jeff Sorg could not be more pleased about the sale of Blacktail Mountain to Larry and his team at Mission Ridge. They are proven ski area operators that are community-minded and see a bright future for Blacktail Mountain.”

“Steve Spencer and his team built this ski area from the ground up 23 years ago. They have run Blacktail with a focus on quality and a family atmosphere. We are really honored that Steve and his team trust us to operate Blacktail into the future and plan to make him proud,” said Josh Jorgensen, General Manager of Mission Ridge.

Mission Ridge Ski Area is a ski area in the western United States, located near Wenatchee, Washington. On the leeward east slope of the Cascade Range, its base elevation is at 4,570 feet (1,393 m) above sea level with the peak at 6,820 feet (2,079 m). Mission Ridge receives an average snowfall of 200 inches (16.7 ft; 5.1 m) per year, with over 300 sunny days, and its slopes face primarily northeast. Mission Ridge has six lifts providing access to 2,000 acres (8.1 km2) of terrain: one high-speed detachable quad, with bubbles installed in the summer of 2020, three fixed-grip double chairlifts, and two rope tows. Mission Ridge has a relatively small terrain park, called the B-24 terrain park. The ski area has had night skiing and snowmaking since 1978 and expanded its snowmaking capacity in 2005.

Blacktail Mountain Ski Area is an alpine ski area in northwestern Montana rising above the western shore of Flathead Lake. Blacktail mountain has four ski lifts, one triple chair, two double chairs, and one handle tow. The triple chair, called Olympic, runs up the center of the ski area, with the two double chairs, Thunderhead and Crystal, to the west and east of Olympic, respectively. The rope tow runs on a small training hill for beginner skiers. The ski area has 26 runs, 15% beginner, 65% intermediate, 20% expert, and also includes a terrain park. Two of the expert trails run through an open field of trees that can be skied through. 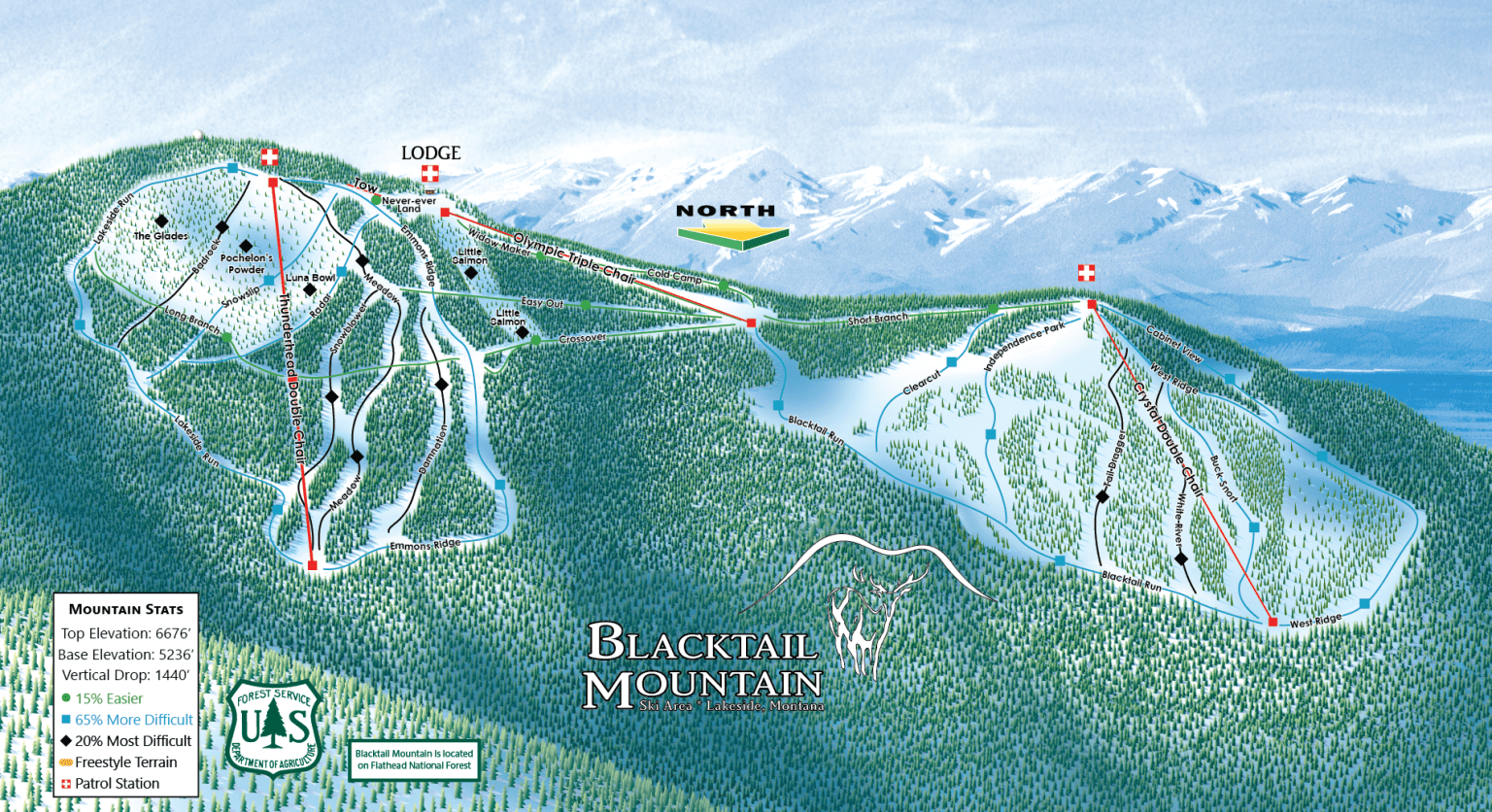