A new ice hotel has opened on Italy’s Presena Glacier at Passo Tonale in Trentino. 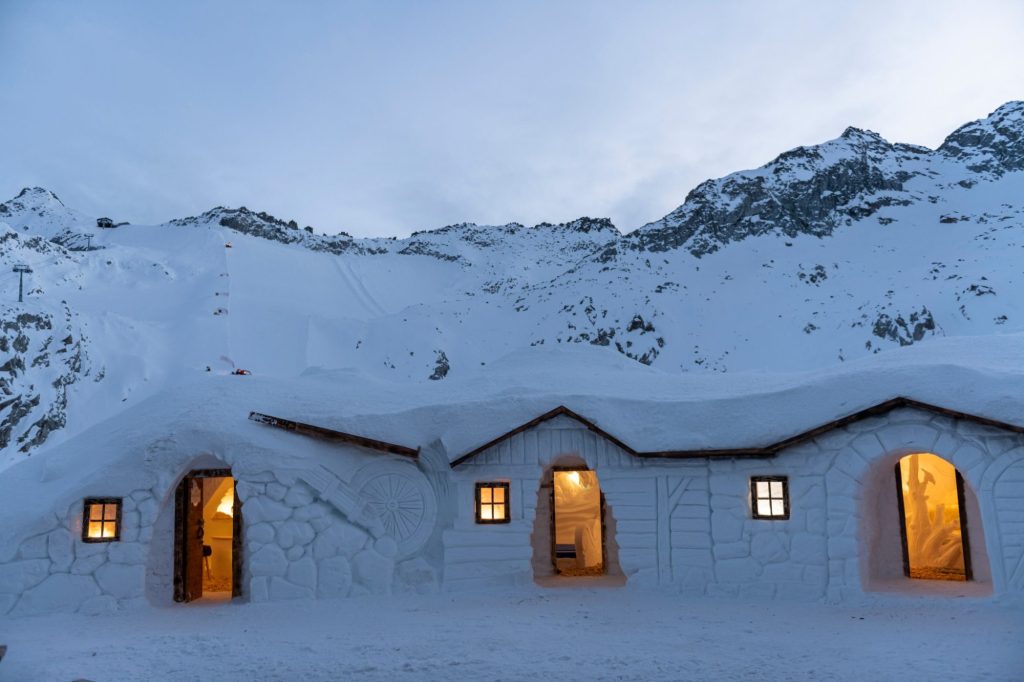 Located at 2,753m next to the Capanna Presena Refuge, the construction is one of the world’s highest of its type.

The complex, which contains three igloo rooms, is unusual for the high quality of its snow carving both inside and out, and for the luxurious standard of accommodation. 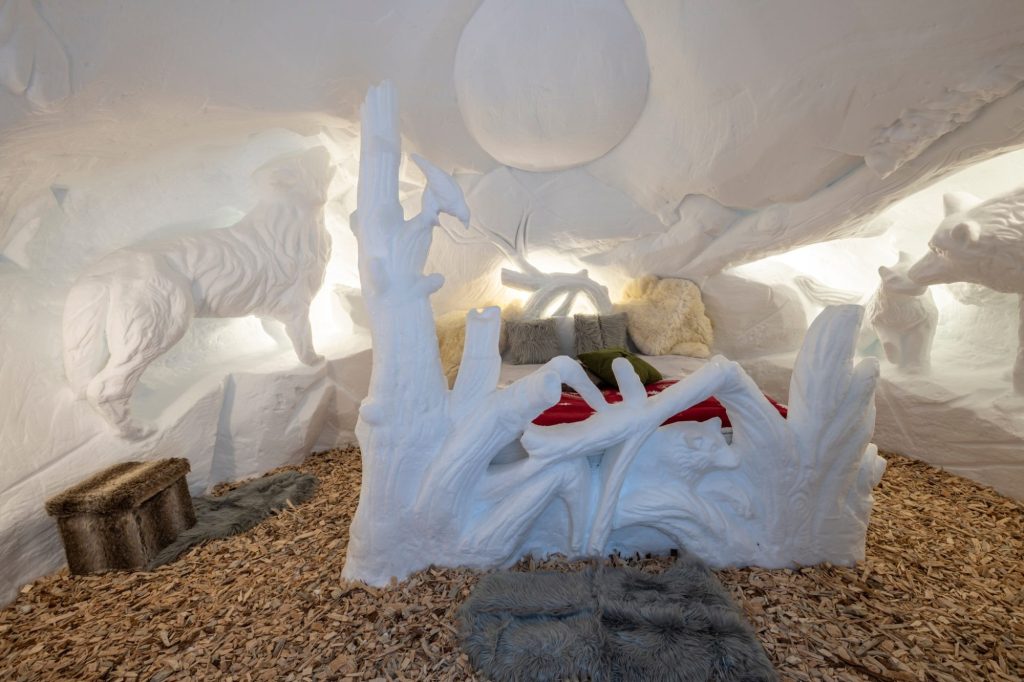 Typically ice and igloo rooms are build either at altitude in the alps or in northerly latitudes in Scandinavia and Canada and have either plain exteriors with designer rooms with ice carvings, or stylish exteriors but more basic accommodation within. 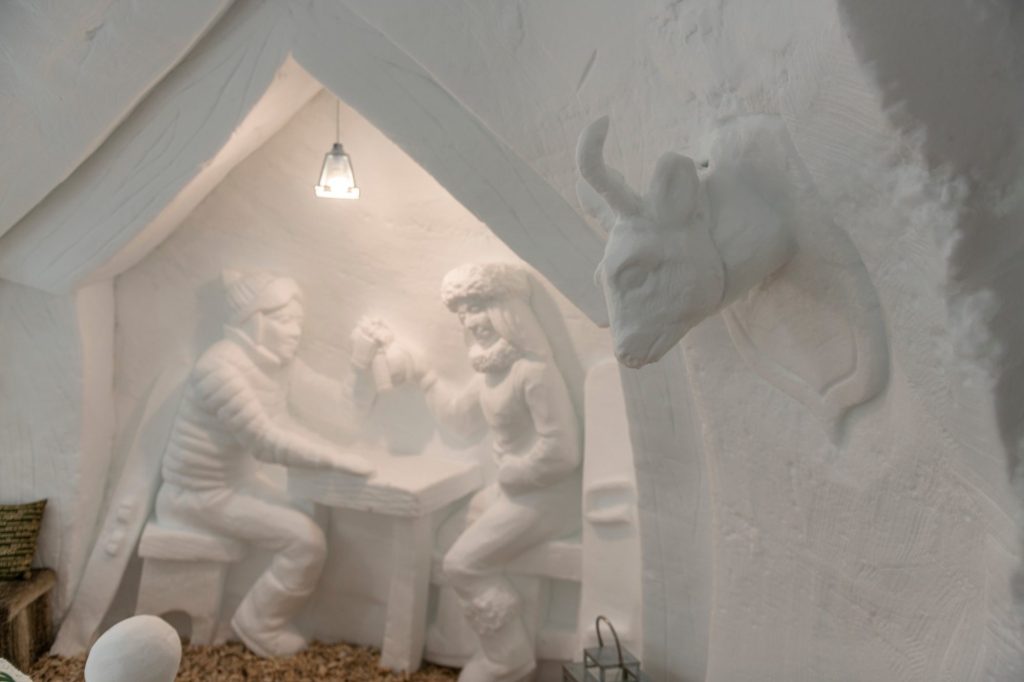 The snow accommodation by the Capanna Presena Refuge has been built  against a dramatic backdrop of snow-capped peaks and features an original “ice cellar” where visitors can taste products from the local Trentina Marzadr distillery, famed for its grappa. 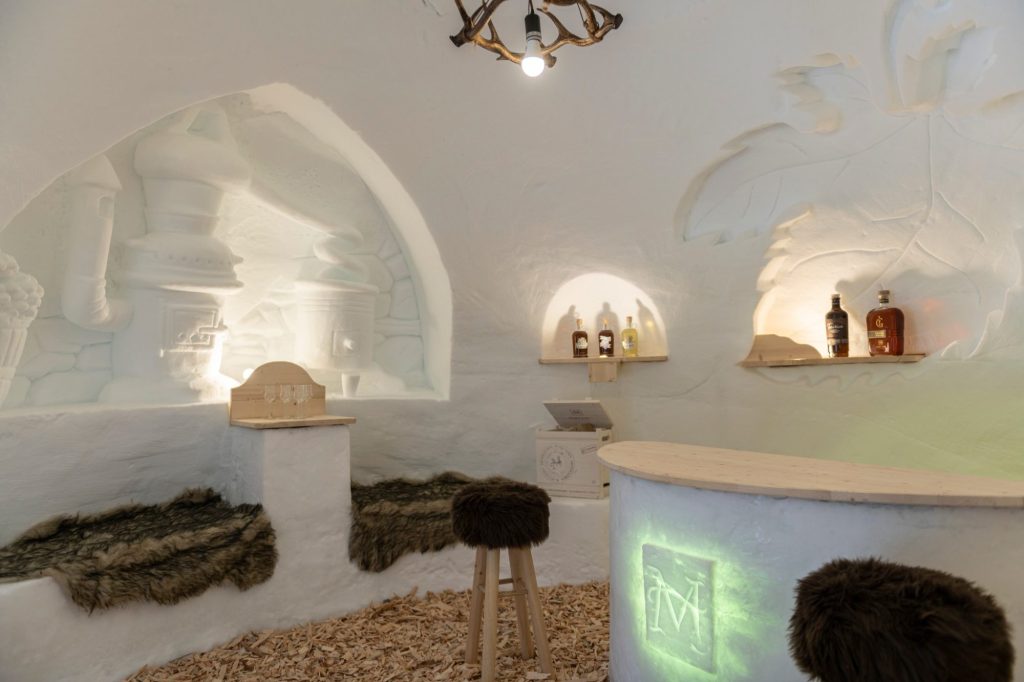 The ice hotel mirrors the existing facilities at the Capanna Presena Refuge itself which are far from basic, with luxurious accommodation in eight suites, spa facilities, a gourmet restaurant serving authentic cuisine created from locally sourced ingredients and an extensive wine cellar. 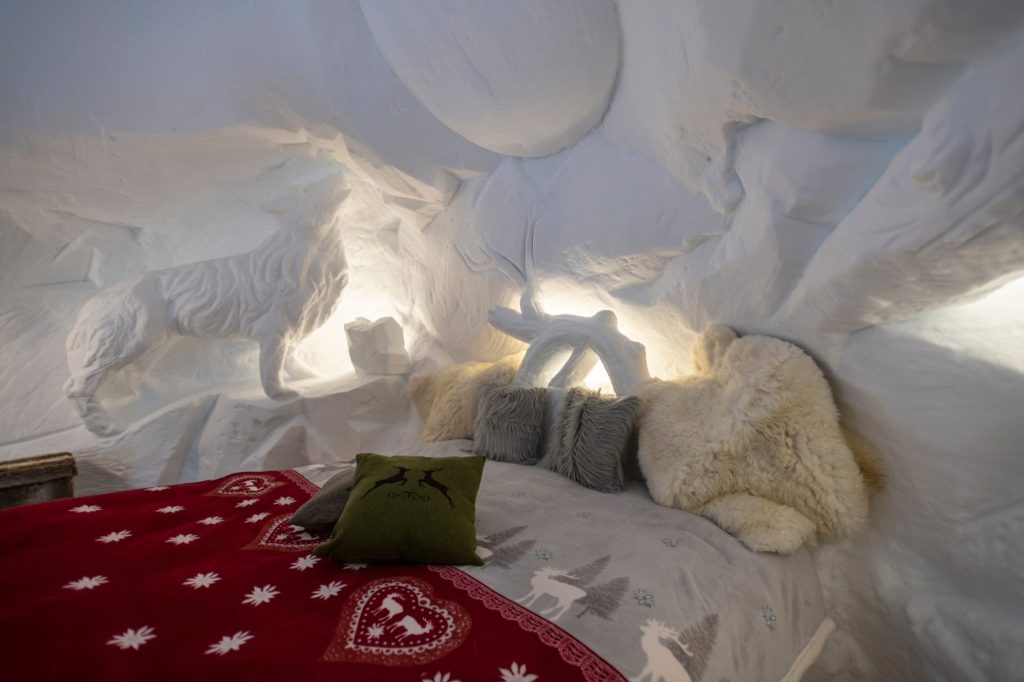 The Presena Glacier is typically open from late autumn to early May. 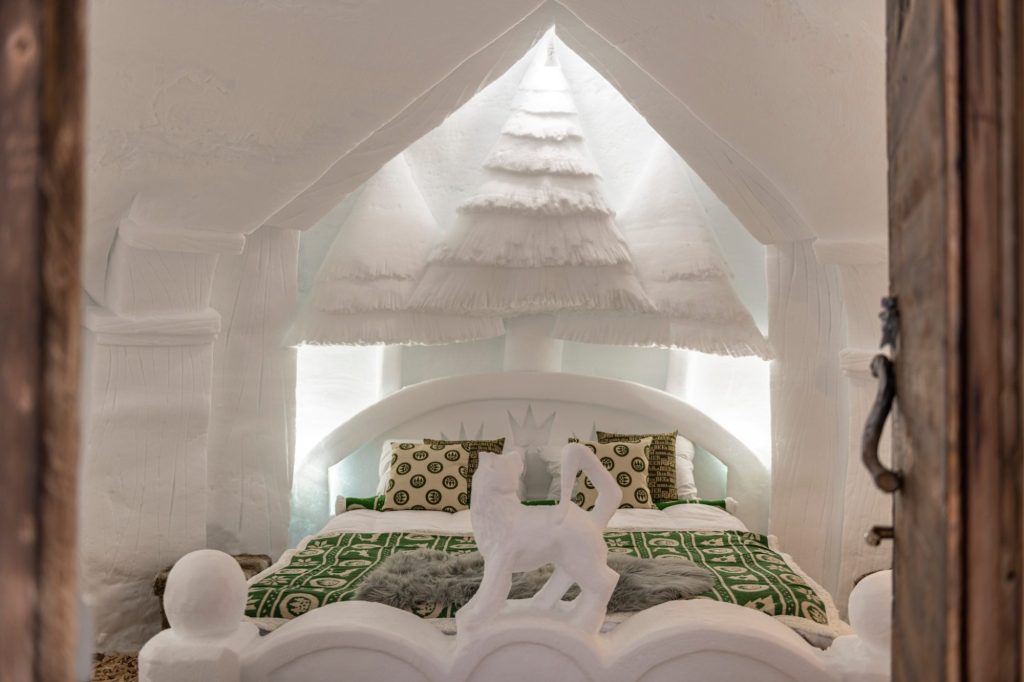