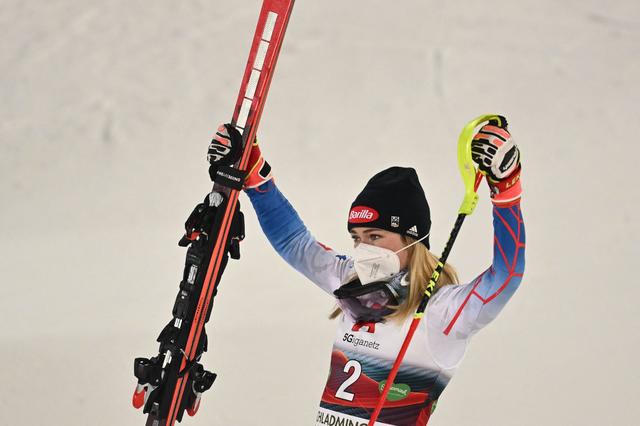 The night Slalom in Schladming, Austria, is an iconic yearly stop on the Men’s Slalom World Cup tour. This year the popular slope was also used as a replacement race for a Women’s Slalom originally planned in Flachau, Austria. The Slalom event, held on January 11th, was the first time the Women’s course was set on the same pitch as the men. The women had raced in Schladming before, notably for the 2013 and 1982 World Championships.

The first run started with big names right out of the gate. Slalom Crystal Globe leader Petra Vlhova from Slovakia drew bib 1, with Mikaela Shiffrin from Vail, Colorado, starting in second. Vlhova set an unbelievable pace from the start, performing an exceptional run with virtually zero mistakes. The Slovakian set a first run time of 45.28, which wouldn’t be topped by any of the 57 other athletes. Mikaela Shiffrin followed Vlhova down and started her run with strong skiing, gaining an advantage of 0.11s to the first intermediate. Despite the faster initial phase, Mikaela’s first run was noticeably less smooth than Petra’s, and the 26-year-old finished her run 0.42s behind Vlhova.

With two Slalom podiums in Levi, Finland, German Lena Duerr was also in contention for a strong result in Schladming. The 30-year-old started 3rd and also gained time on Petra Vlhova through the first section of the course. Duerr carried speed strongly into the main pitch, tackling the 54-turn run with aggression. The German skier ended her first run in second place, just behind Vlhova. Canadian Ali Nullmeyer and Swiss skier Wendy Holdener also managed to put themselves ahead of Mikaela Shiffrin after the first run. Nullmeyer and Holdener both crossed the line with a 45.63, to tie for third place into the second run, Shiffrin ended up 5th. Paula Moltzan from Minnesota and Nina O’Brien from California also claimed spots in the second run, coming down in 6th and 28th, respectively. 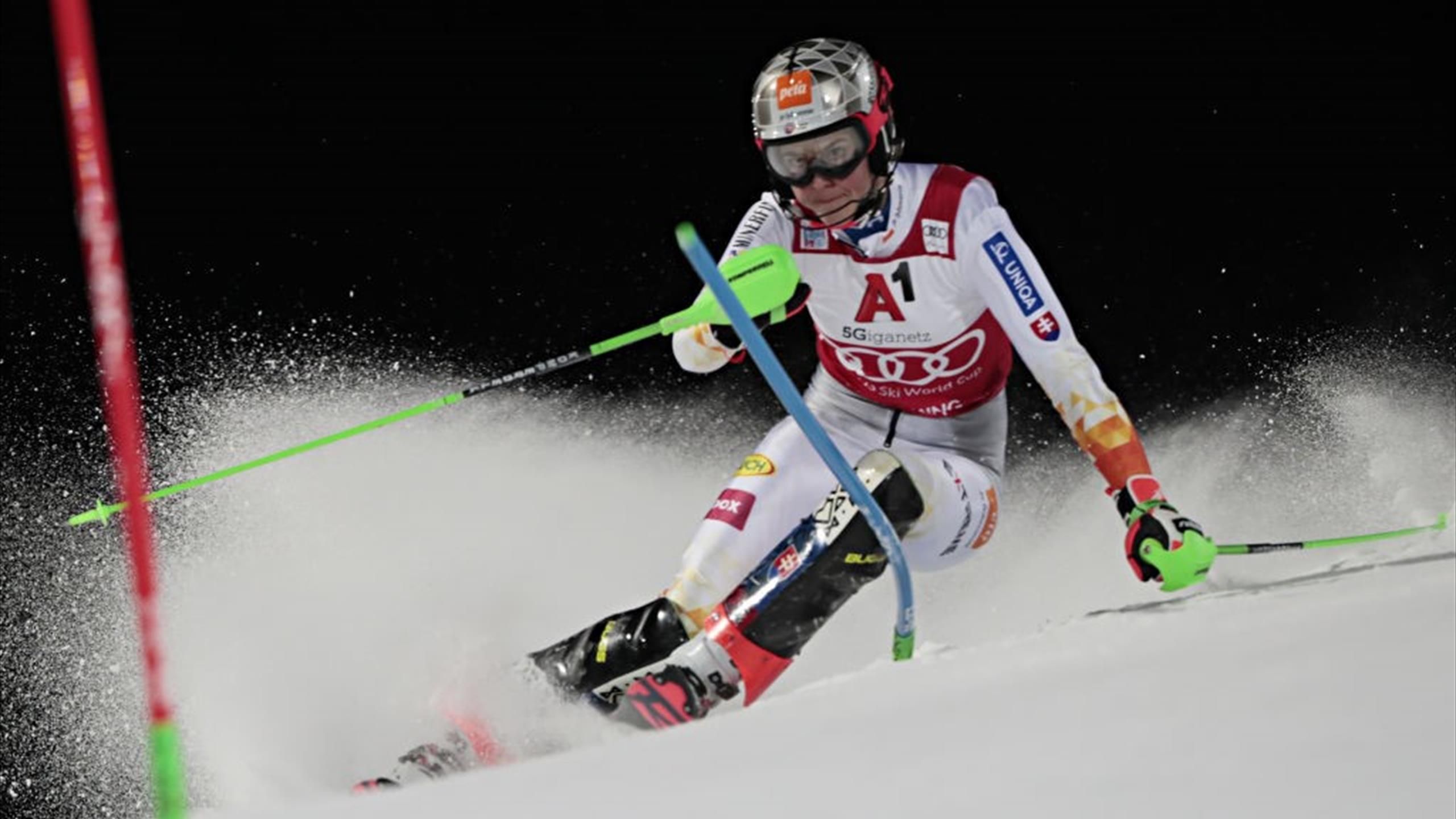 Slovakia’s Petra Vlhova managed an unbelievable (and unbeatable) first run but had to settle for silver after Shiffrin’s phenomenal second run. Despite this, Vlhova clinched her second Slalom Crystal Globe, being 220 points ahead of Shiffrin in the standings. Photo: Getty Images

The final World Cup Slalom before the 2022 Beijing Winter Olympics was decided in a spectacular fashion. Similar to the previous Giant Slalom race in Kranjska Gora, Slovenia, Mikaela Shiffrin started the second run relatively early. Coming down with four athletes still to go, Shiffrin seemed to find her groove again, flew through the course nearly perfectly, and took a lead of over one second ahead of then co-leaders Camille Rast from Switzerland and Chiara Mair from Austria. Wendy Holdener from Switzerland, who had beaten Shiffrin in the first run, was aggressive out of the start of her second run, but the 29-time Slalom World Cup podium sitter lost control early and straddled a gate. Young Canadian Ali Nullmeyer also straddled a gate lower down the course, guaranteeing Shiffrin her 116th World Cup podium. 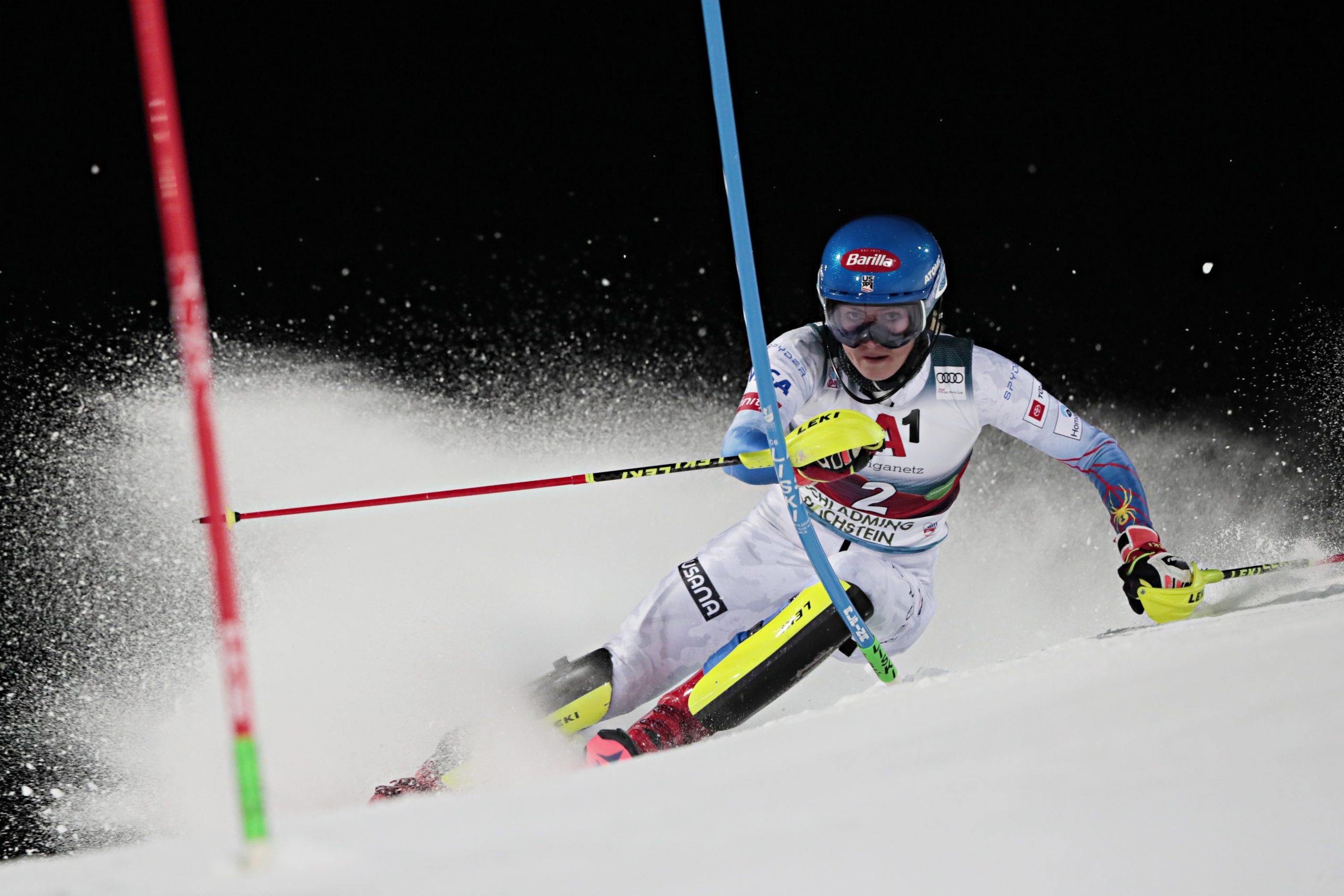 Despite an advantage of 0.42s on Shiffrin from the first run, Petra Vlhova was unable to match the perfection that was found in her first run on the Night Slalom pitch. By the third interval, Vlhova had lost her advantage on Shiffrin and continued to lose time to the finish line. Vlhova had to settle for second place, with Shiffrin taking the 73rd World Cup win of her career. This Slalom win was also Mikaela’s 47th Slalom win, a new FIS record for World Cup wins in a single discipline. Before this win, Shiffrin was tied with Swedish great Ingemar Stenmark, who had won 46 Giant Slalom World Cups.

While Shiffrin won on the day, Petra Vlhova’s second place was enough to clinch the Slalom Crystal Globe, with two World Cup races left to run. The Slovakian, who won the Overall Crystal Globe last season, now sits 220 points ahead of Mikaela Shiffrin. With each race win worth 100 points, Vlhova is currently the only athlete who could win the Slalom Globe. In the Overall rankings, Shiffrin is now 55 points ahead of Vlhova and continues to lead. The US Ski Team also sits in 5th for the Overall Nations Cup and 4th for the Women’s Nations Cup. The women now gear up for a large period of Speed races with Super-G and Downhills being run in Zauchensee, Austria, and Cortina d’Ampezzo, Italy, with the first being a Downhill on January 15th in Austria.

Full results and schedule can be found at fis-ski.com 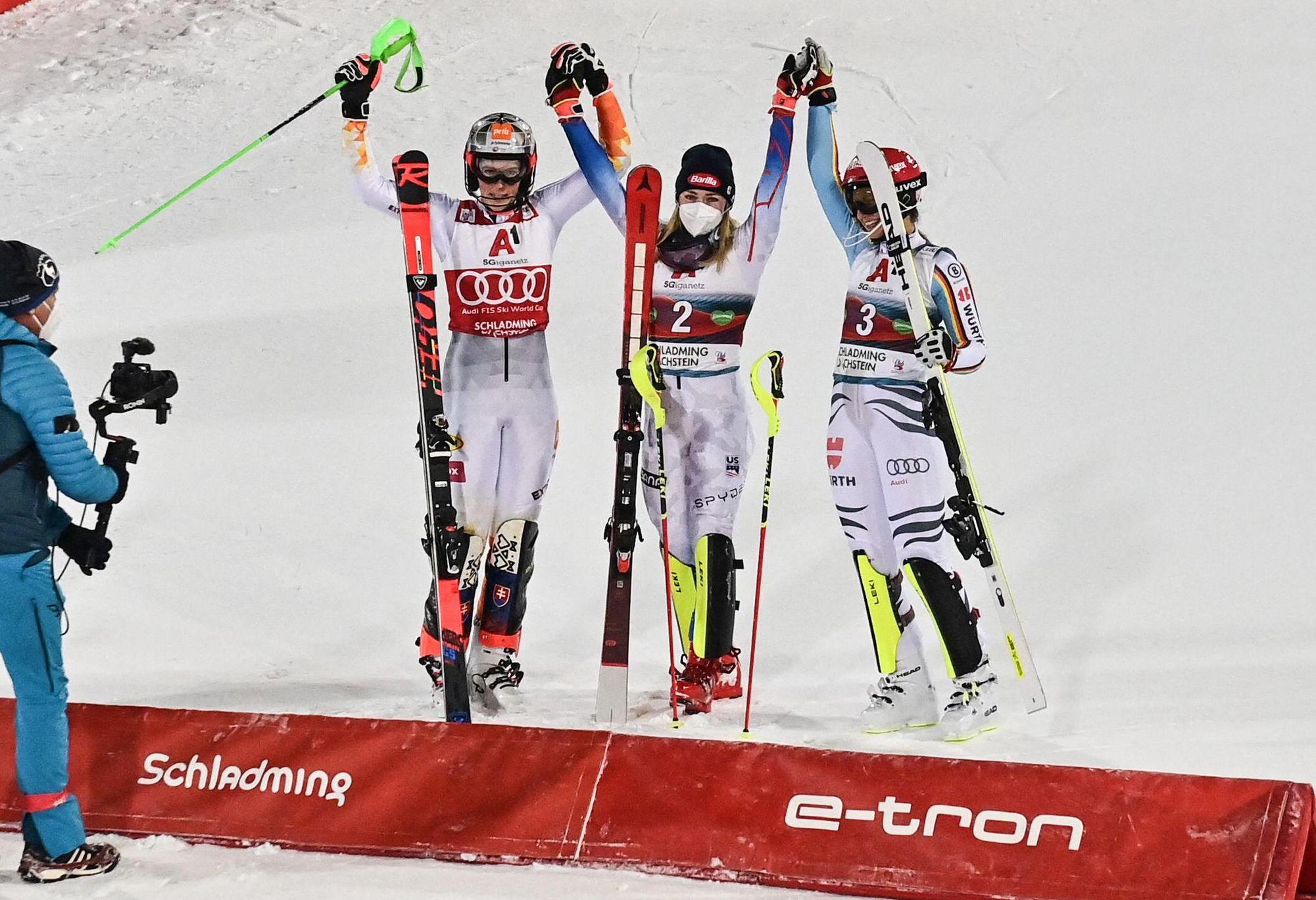