Glenshee has opened today (pictured above) for three days of skiing and snowboarding initially.

The centre, the closest to Perth and Edinburgh on the eastern side of Scotland, says it will open for limited skiing with natural snow cover on the Sunnyside and Dink Dink slopes.

The Scottish Highlands’ five commercial centres were all closed in March 2020 due to the start of the pandemic just as conditions were starting to get good in spring after a poor winter.

Last season most opened briefly in late December and early January before the second lockdown closed them down again just as conditions were getting good.

The past few weeks have seen mostly cold weather  and frequent snow showers for Scotland’s mountains. All five centres also have all-weather snowmaking systems so can make limited areas of snow cover regardless of the natural temperatures. 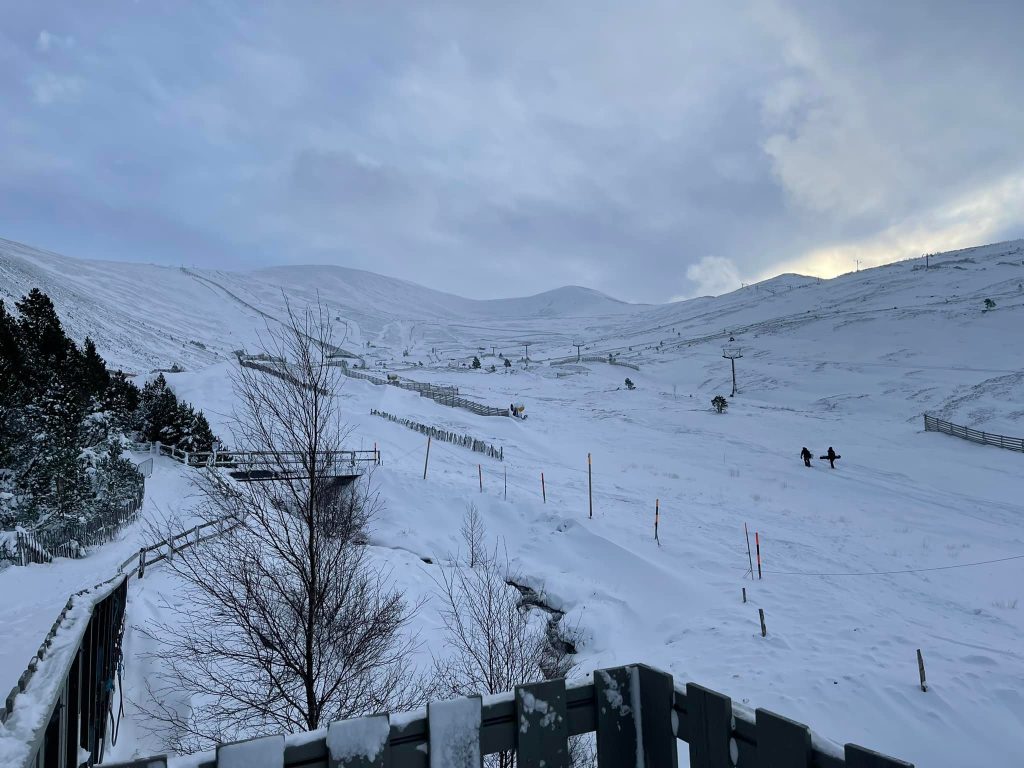 Glencoe has opened its popular tobogganing area using its all-weather snowmaking machine. It says it does not have enough snow yet but that, “Skiing opens as soon as we have enough snow.”  The  Lecht has also said it is waiting more snow.

Nevis Range, which did not open at all last winter, says its gondola will begin running daily from next Monday although has not given  a date for snow sports resuming.  They also have a new carpet lift for the beginner area.

Cairngorm (pictured above and below earlier this week) reported it expects to open with probably limited terrain next weekend thanks to a combination of December snowfalls and its Snowfactory all-weather snowmaking machine production.  It warns it is expecting a milder spell early next week.

*** Update: Cairngorm, Glencoe and The Lecht all now say they will open limited terrain this weekend as well, tickets must be purchased online  *** 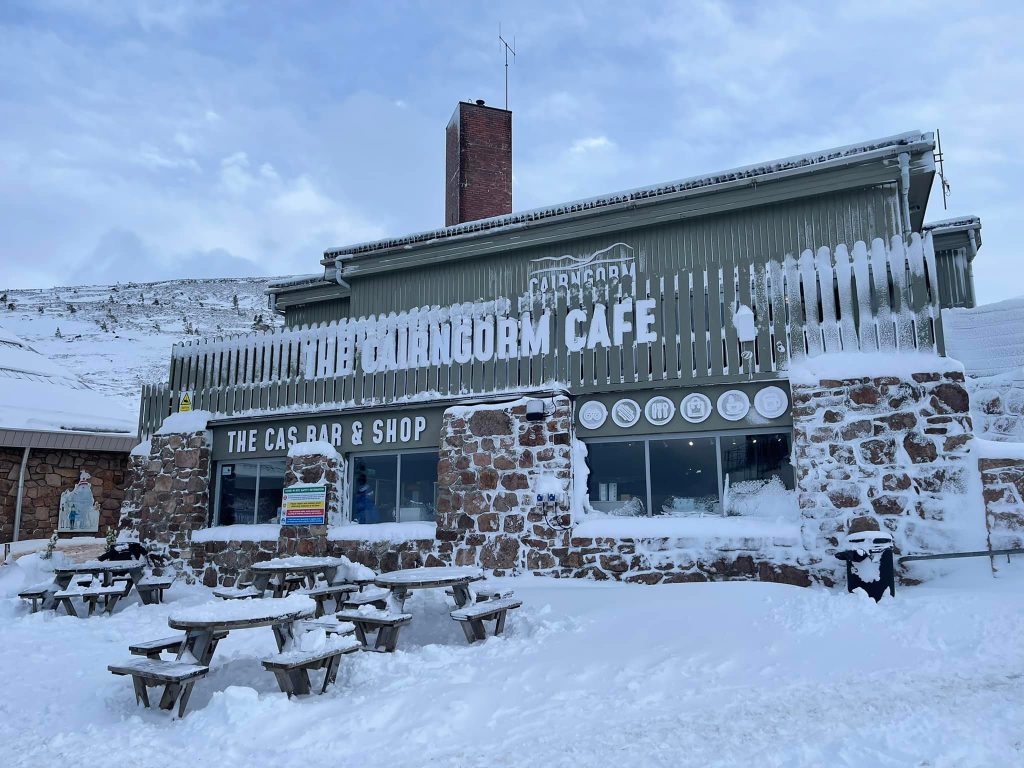