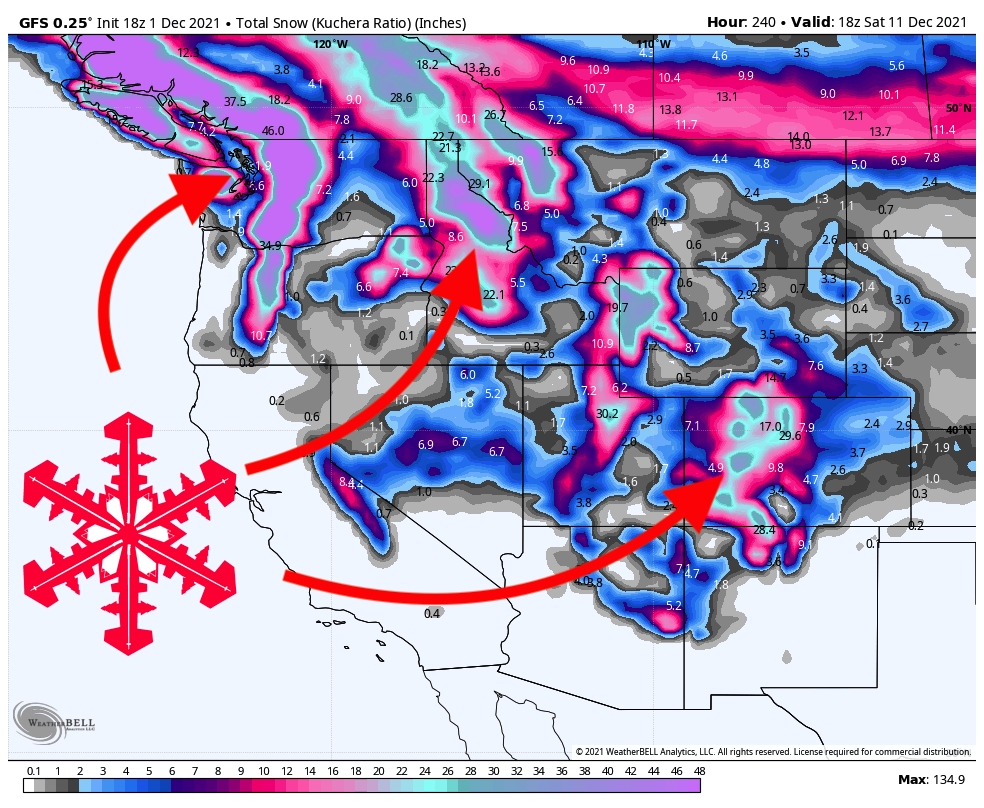 After a snowy October, the Western US has had a nearly record-dry November. Nearly every water basin in the West is below average for snowfall for the season so far, so where is the snow? In this forecast, I’ll quickly break down why the last few weeks have been so bad and when the next major opportunities for snow will be in early and mid-December.

November was terrible for snow all across the West. Fortunately, frequent and more importantly colder storms will bring respectable totals to the West for at least the first half of December.

There were a couple of things at play throughout November that contributed to the dismally low snowfall; storm direction and temperatures. The first culprit to blame is the high-pressure system that has been sitting stagnantly just offshore of California. The clockwise rotation of the high pressure has steered all of the storm energy well to the north into the Pacific Northwest and Western Canada. The effect? Precipitation blocking in the Southwest, including Utah, Colorado, and parts of southern Idaho and Wyoming. A remarkably dry November, indeed. Just 0.51″ of water fell in Truckee, CA (near Lake Tahoe) during November, a dismal 12.9% of the average 3.93″ November. 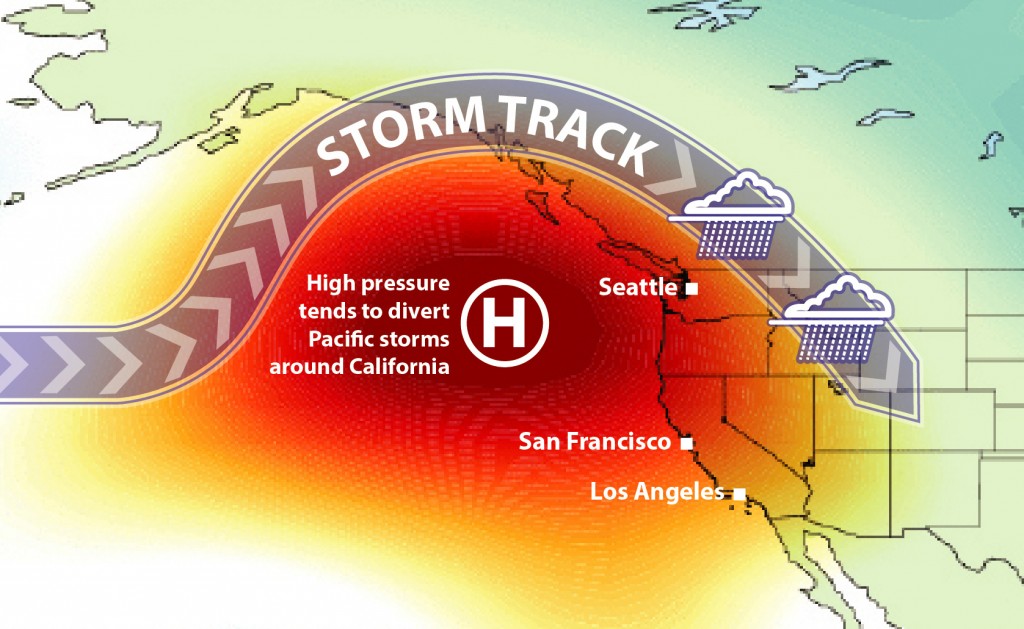 So, the ridge (high pressure system) off of California has been steering all the storm energy and moisture to the northwest, so why haven’t they gotten a ton of snow?? The culprit is identical; the very annoying and very resilient ridge off the California coast. The clockwise rotation of this high-pressure system has been pulling warm moisture from the Pacific Ocean near Hawaii and transports it straight to the Pacific Northwest. This has led to historic flooding and the wettest month on record in some parts of Washington and British Columbia. However, since the region where this moisture is being pulled from is so warm, it has led to mostly rain even at high elevations.

The good news is that the first half of December is looking a lot better than November was. Colder temperatures and more storms! Let’s break it down and see what we might be looking at in terms of snowfall and storm systems during the first two weeks of December.

First, let’s start with teleconnections, which can give a really good idea of storm timing and intensity. If you don’t know what teleconnections are, go take a look at the article linked below:

The first thing I like to look at is the arctic oscillation (AO). It gives me a good idea of storm timing and (sometimes) intensity. Below is the current American ensemble AO forecast.

A few things to note here. First of all, the AO is entering an increasingly positive phase. This means more “wavy” atmospheric flow. In other words, more (cold) storm systems for the West. This is in stark contrast to the negative AO forecast from mid-November, which signaled a stable polar vortex (PV) and dry conditions for the Southwest (and basically everywhere other than the PNW). A negative AO doesn’t necessarily mean no storms; it just means a more stable PV and more zonal flow (west-east, opposite of meridional flow, which is north-south and associated with strong troughs and stormy weather). This explains why the PNW got so much rain; the zonal jet stream was just centered right over the PNW, bringing consistently and relentlessly wet weather. For comparison, here is the negative AO forecast from mid-November:

So for the west, the current AO forecast is great news. It should bring more frequent, “troughier” storms, which will definitely lead to more snowfall for the first two weeks of December.

Another thing that’s helpful to look at for temperatures is the PNA (Pacific North American oscillation). The PNA gives us a very good idea of where cold conditions might form. A rough rule of thumb is that a positive PNA will bring below-average temperatures to the East (warmer in the West) and a negative PNA will bring below-average temps to the West (warmer in the East). Here was the PNA forecast from mid-November featuring a persistently positive PNA, which led to a warm and dry end to November for the west and a cold and snowy end of November for the East:

Fortunately, the PNA has recovered and is now forecasted to flip and remain negative for quite some time. This will bring much colder temperatures to the West and more opportunities for snow.

The easiest way to quantitatively gauge the next few weeks of weather is to look at numerical model outputs. The most bullish outputs for the next 10 days is the GFS (the American medium-range deterministic model):

The European (left) and Canadian (right) models are slightly less optimistic everywhere (especially for California), but are still looking promising for much of the West:

Fingers crossed for a snowy December ahead!