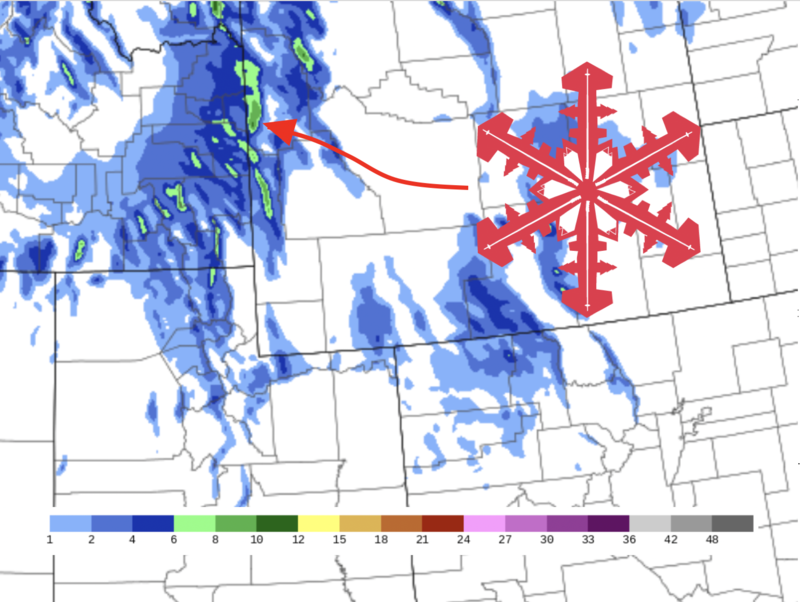 A high amplitude ridge parked over the Pacific Northwest has kept snow north of the area for almost two weeks now. Fortunately, the active stretch in December and January made for deep snow across the Mountain West. Despite the dry weather, snowpacks across the Wyoming ski country remain near or just above average for the date.

A quick-hitting storm will bring a period of accumulating snow to the Tetons Thursday night. Accumulations won’t be impressive at 4-8″ but will bring a much-needed refresh.

The large-scale pattern will change as we head into February. The aforementioned ridge will shimmy westward out over the Pacific, opening the door to stormier and cooler weather in the second month of 2022.

The snowpack remains healthy across the Tetons, even after a lot of dry weather. Most basins in the western portion of Wyoming are holding onto above-median snow water equivalent for the date:

Snow will return to Grand Targhee and Jackson Hole by Thursday evening. Expect steady to occasionally heavy snow to fill in overnight, tapering off through the early morning. Snow will generally be done falling by the first chair on Friday, which should feature some decent soft turns on 4-8″ of new snow. Cold temperatures will make for good snow ratios, and the pow that falls will be nice cold smoke.

Things will dry out into the weekend, ushering in another break from fresh snow. However, this break won’t be as long as the last one.

A pattern change is likely to kick off February and will likely mean more storms for the Northern Rockies. The upper-level pattern that drives weather conditions has been unfavorable for snow across the West. A ridge over the northwest has pushed the storm track northward into Canada, leaving the Tetons high and dry.

For the first time in a while, the CPC extended outlooks aren’t all bad news: