Where is All the Snow? Snowpack Well Below Normal Across the West 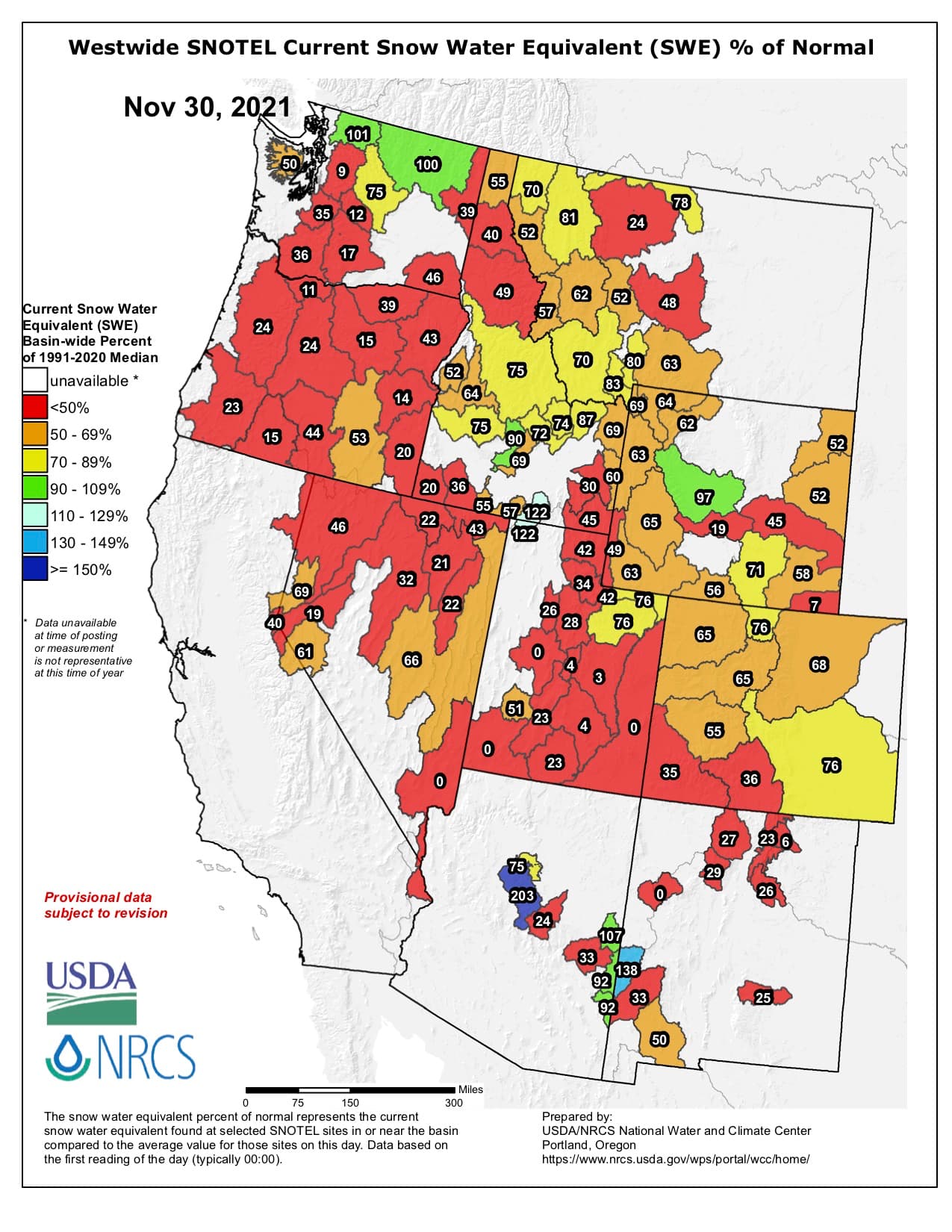 Where is all the snow? Credit: USDA

After what seemed like a promising start to the winter, most states got dumped on in October, things have taken a turn for the worse. Warm temperatures and lack of precipitation have left ski areas hurting, with many having postponed opening days. Even snowmaking opportunities to give the base a helping hand have been limited due to the warm temperatures.

As it stands, there are no ski areas open in Washington and Oregon, and your options in California are severely limited. Last week saw a few Utah ski areas open, but this was after they had all postponed opening due to lack of snow––and Utah had its snowiest October in 17-years. Wyoming, Montana, and Idaho all saw the major resorts open last week. In Colorado, most resorts are open, but terrain is limited.

In terms of snowpack, statewide Washington and Oregon are well below half of the average for this time of year, as are California and Nevada. As we head east, Utah is having a torrid time, probably the worst of all the states. Idaho, Montana, Wyoming, and Colorado are all suffering, but not as bad as the others––they’re at least more than 60% of the average statewide.

The snow will come, and we’ll have an average year, I’m sure of it. With the outlook for December not looking great, let’s look forward to some fantastic powder days in January, February, and March.