SnowBrains Forecast: Back to Back Storms in Wyoming | Up to 2-Feet in the Tetons by Wednesday 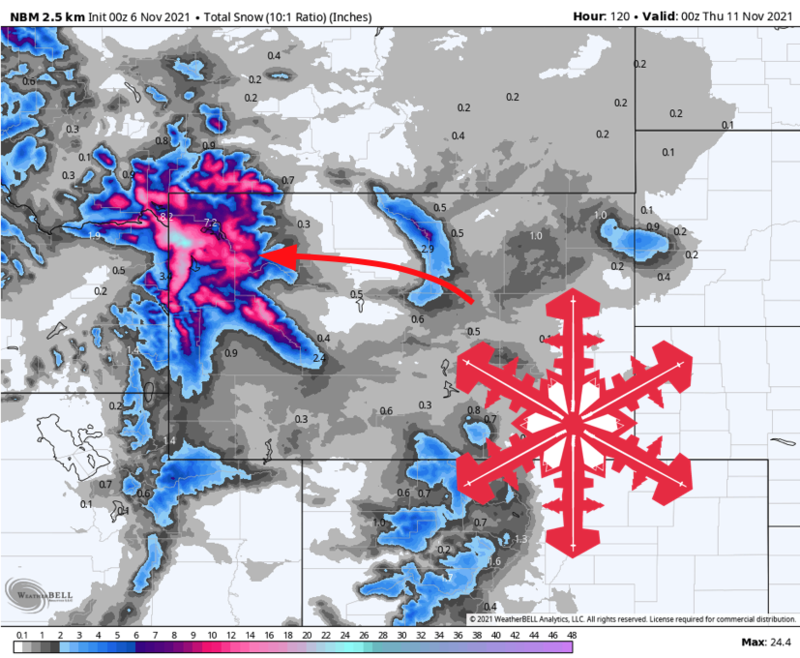 The NBM calls for heavy snow this week from two storms. Source: maps.weatherbell.com

Two storms will bring heavy snow to the Tetons this week. Look for rounds of snow early Sunday and on Tuesday, with a few lingering snow showers on Wednesday.

Both storms will bring solid snow totals. Teton resorts Jackson Hole and Grand Targhee are looking at  15-25″ of snow  by Wednesday afternoon.

A belt of moist southwesterly flow will impinge on the Tetons overnight Saturday, bringing snow into Sunday afternoon. Ample cold air will drop snow levels to the valley floors overnight, making for nice fluffy pow up in the higher elevations.

By Sunday afternoon, the Tetons are in for 6-10″ of new snow. I expect the Grand Targhee and the western slope of the Tetons to get a bit more snow than the eastern slope with this storm.

Snow will taper off by Sunday afternoon. Fortunately, there won’t be much of a break before more snow arrives by Tuesday. 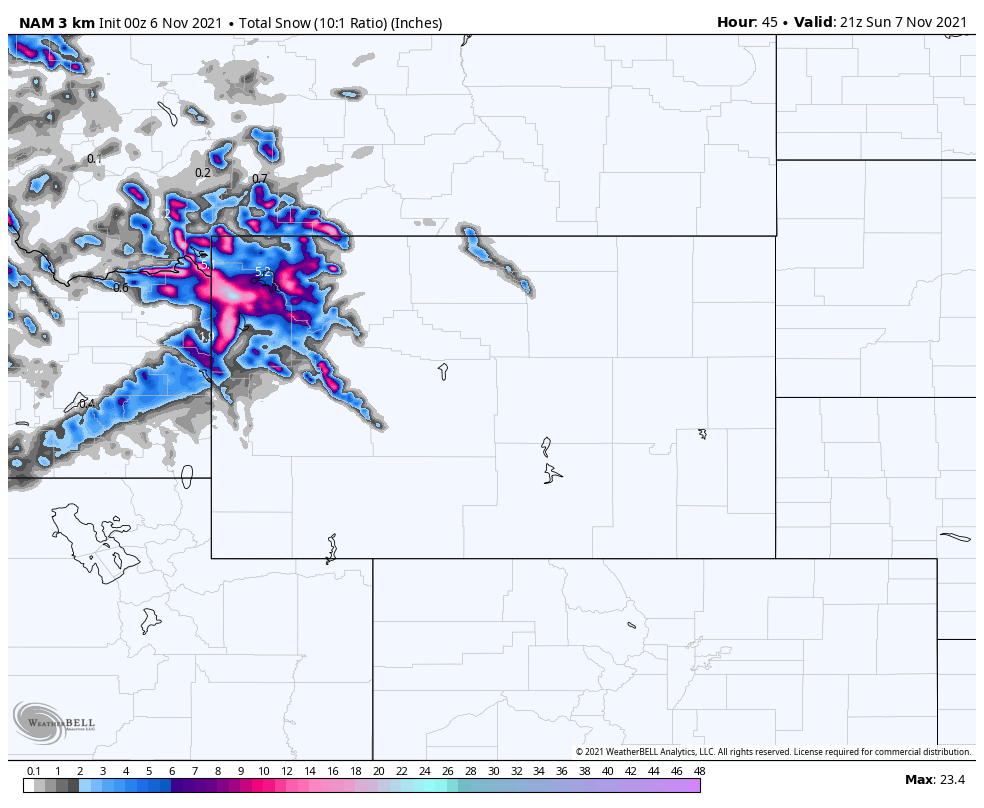 Another good storm will arrive by Tuesday afternoon, with the heaviest snow falling in the evening.

By Tuesday night, 7-14″ of snow is likely across the Tetons. Snow will taper off entirely by early Wednesday morning.

A subtle upper-level disturbance will bring an additional wave of mountain snow showers through the day Wednesday, potentially bringing another 2-4″ of snow.

For those looking to get preseason turns in, Wednesday afternoon will feature the best conditions.

A more amplified pattern will develop later next week, bringing a shot of active weather to the Eastern US. Unfortunately, most of the West will be under a ridge for at least a handful of days, limiting snow chances and bringing warmer temperatures across the region.

The Climate Prediction Center’s 6-10 day outlooks echo this idea. Hopefully, we can get a more productive pattern in place by the middle of November.

Warmer and drier after this storm cycle. Source: NOAA