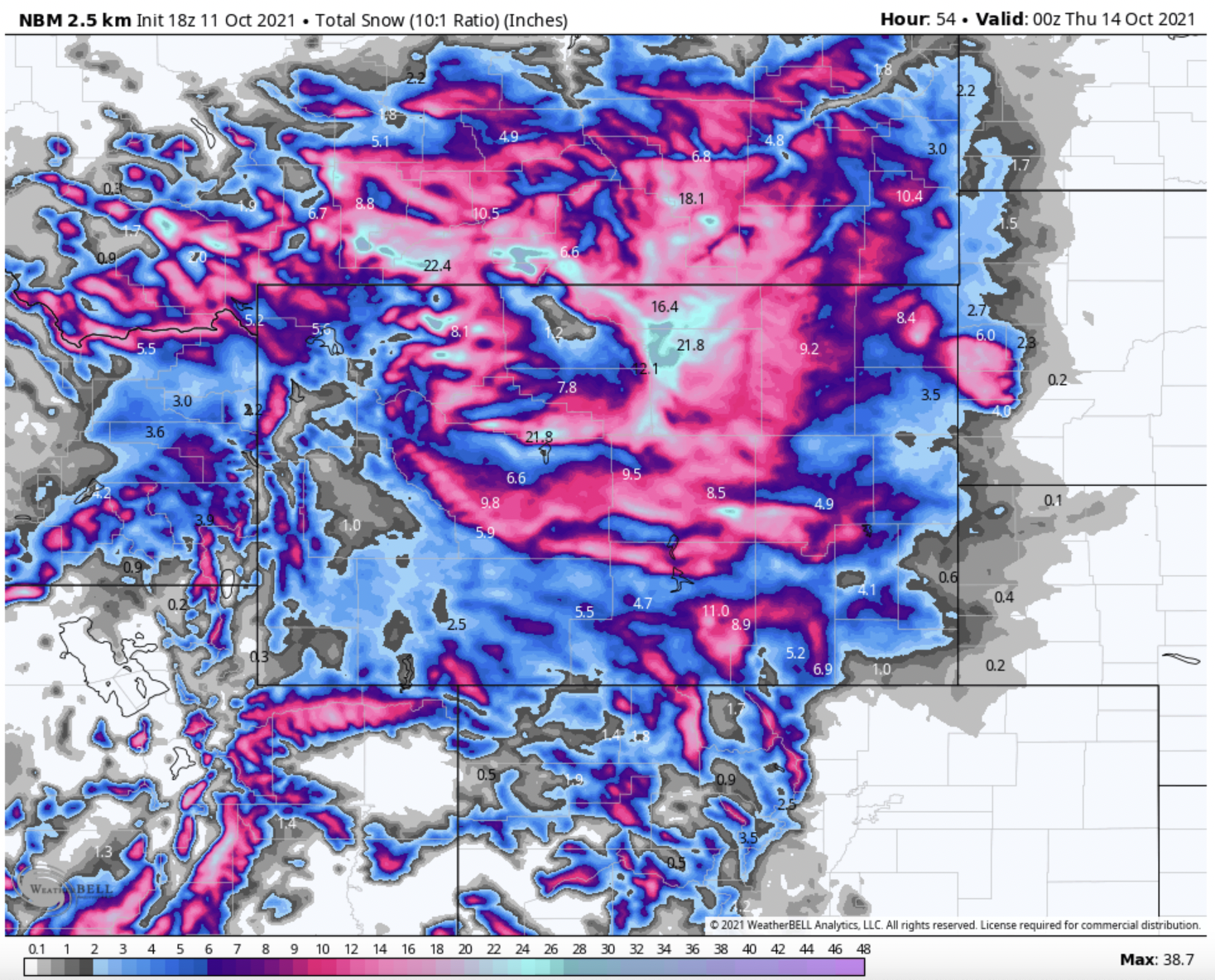 A powerful trough this week will bring stormy conditions and significant snow accumulation to both the mountain and plain regions of Montana and Wyoming. Totals should be between 12 and 15 inches for the upper elevations of the area.

The cold front leading the first storm passed through the Pacific Northwest overnight and is now making its way into the Intermountain West. Associated moisture with this storm is already dropping snow in Idaho, Wyoming, and Montana as it slowly moves East. Below is modeled composite reflectivity, which depicts current precipitation and its strength. 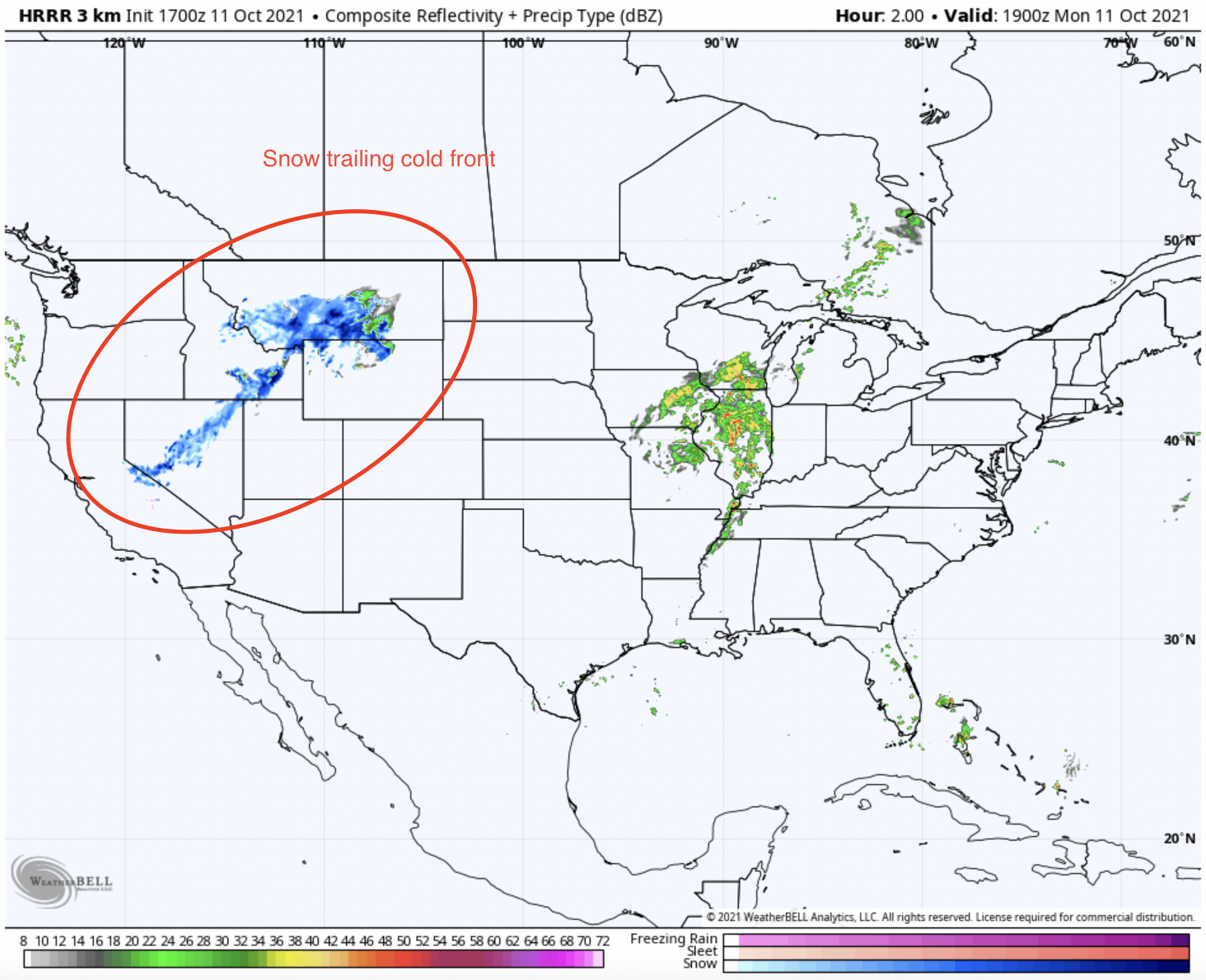 The vertical forcing of the cold front churning out solid snowfall rates across central and Eastern Idaho and the Yellowstone area of Montana and Yellowstone. Below is a 24-hour precipitation chart of current totals across the region:

The front is forecasted to continue to creep farther east, bringing higher and higher totals to Montana and Wyoming. By Wednesday evening, totals in the upper elevations of the Big Horn and Wind River Ranges of Wyoming should be up to 12-15″ with localized potential for 40″ or more on the highest peaks of the region. The trough is digging further south than areas like Glacier National Park, so the highest totals will be further south in the mountains near the Montana-Wyoming border.

Below, you can see the comma-looking shape that the rotation of the frontal boundary will form heading into Wednesday, which displays why totals will be higher in central Wyoming than in western Wyoming. Upward motion is strongest in that region of the storm since that is where the “conveyor belt” of warm air spirals in and violently collides with the colder air mass behind the cold front, so impressive snow totals can be churned out of that region of the storm even without the presence of mountains. In this case, the vertical forcing elements of this storm will be more powerful than the orographic elements (air being forced up and over mountains, cooling, and producing snow).

Due to the shape of the storm, the plains of central Wyoming will see fairly deep accumulations, perhaps as much as 20″ by Wednesday night.

Fingers crossed for lots of snow as we head into the start of ski season! 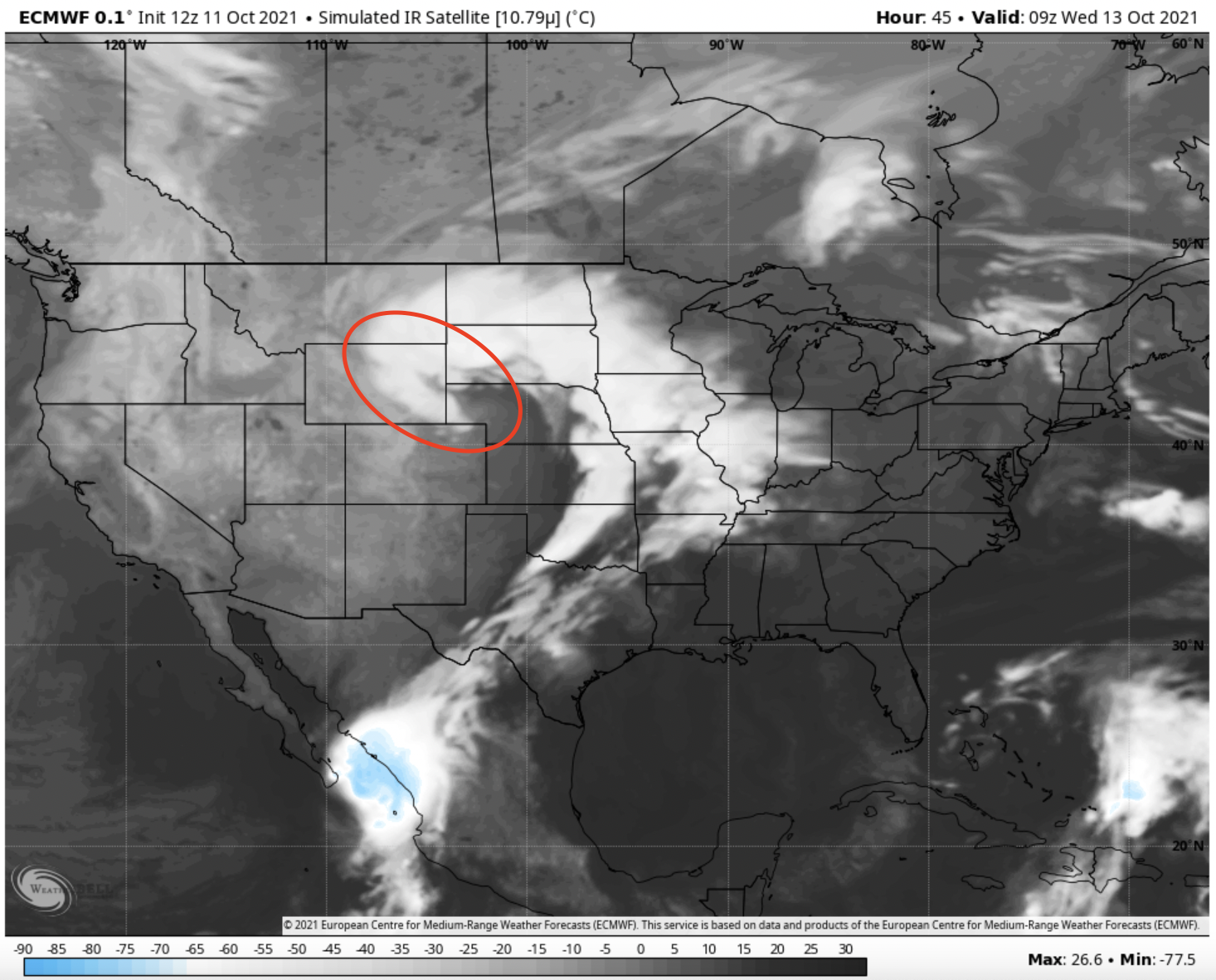