What is a Bomb Cyclone? 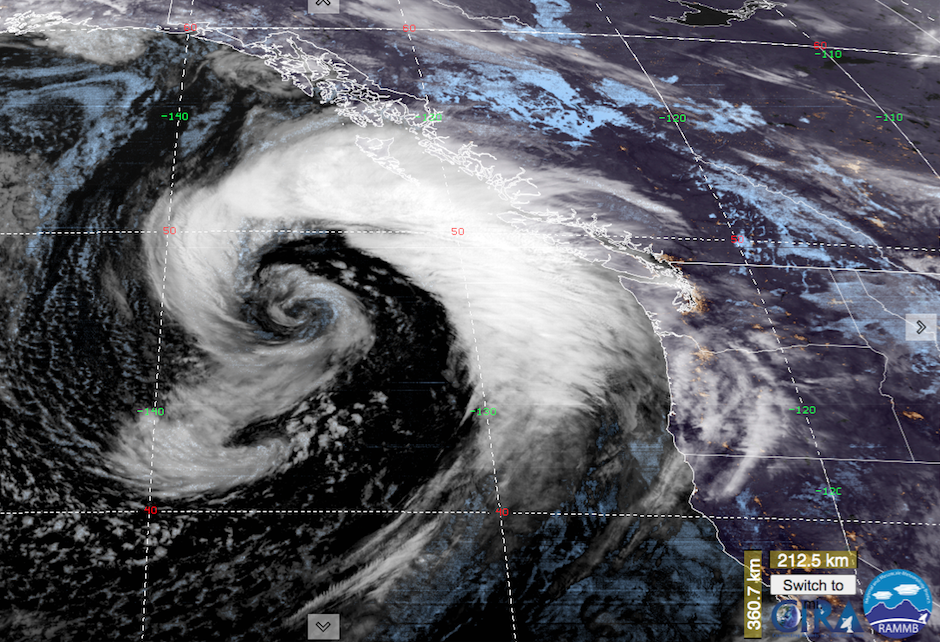 “Cyclogenesis” describes the process of storm formation and intensification. Cyclogenesis leads to decreasing pressure and higher wind speeds, leading to stormier and stormier conditions. The exact mechanisms for cyclogenesis are complex and out of the scope of this article, but in a nutshell, opposing temperature fronts contribute to counter-clockwise rotation and evacuation of atmospheric volume, which contributes to decreasing pressure and higher winds (due to a stronger pressure-gradient force). 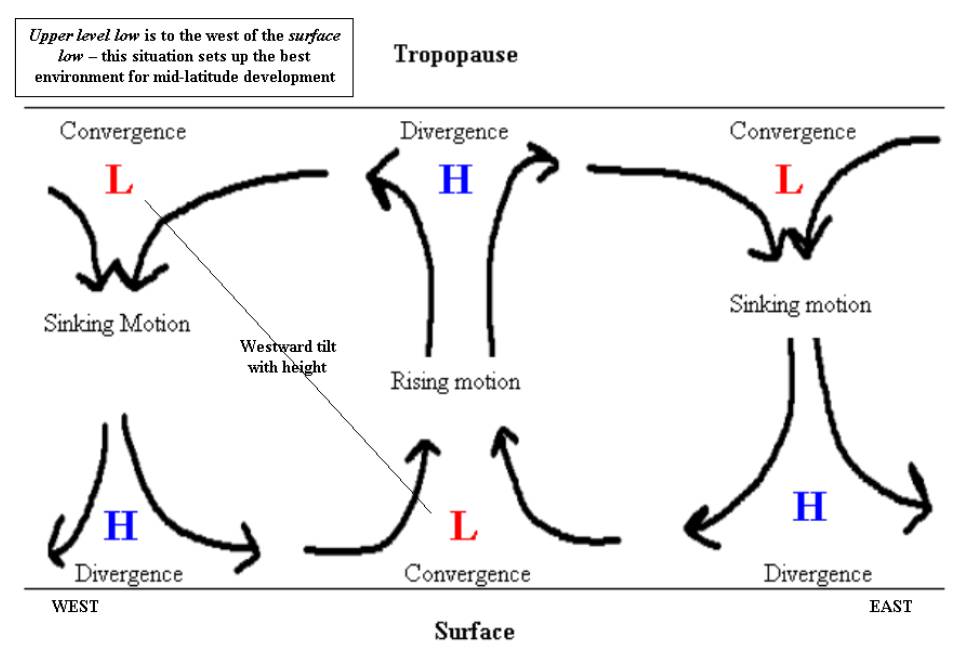 The anatomy of low-pressure system volume evacuation. Since the air at the center of the storm is rising and diverging in the upper atmosphere, air at the ground must converge to compensate, leading to stormy conditions. Photo credit: University of Illinois

Sometimes, the intensification of a mid-latitude cyclone occurs very rapidly, and this leads to bomb cyclone development. To be classified as a bomb cyclone, a storm’s surface-level pressure must drop by at least 24MB in 24 hours. This rapid drop can create hurricane-force winds from the strong pressure gradient and intense showers due to lower-level convergence and thermal front vertical forcing/overrunning.

Currently, a strong storm is battering the West Coast with copious amounts of moisture. However, this moisture is nothing compared to the bomb cyclone forecasted to hit the West Coast this weekend, which could bring dozens of inches of precipitation to Northern California. This storm is forecasted to undergo bombogenesis on Saturday and become one of the strongest recorded storms in Pacific Northwest history.

Stay tuned for an updated SnowBrains forecast on this event this afternoon. 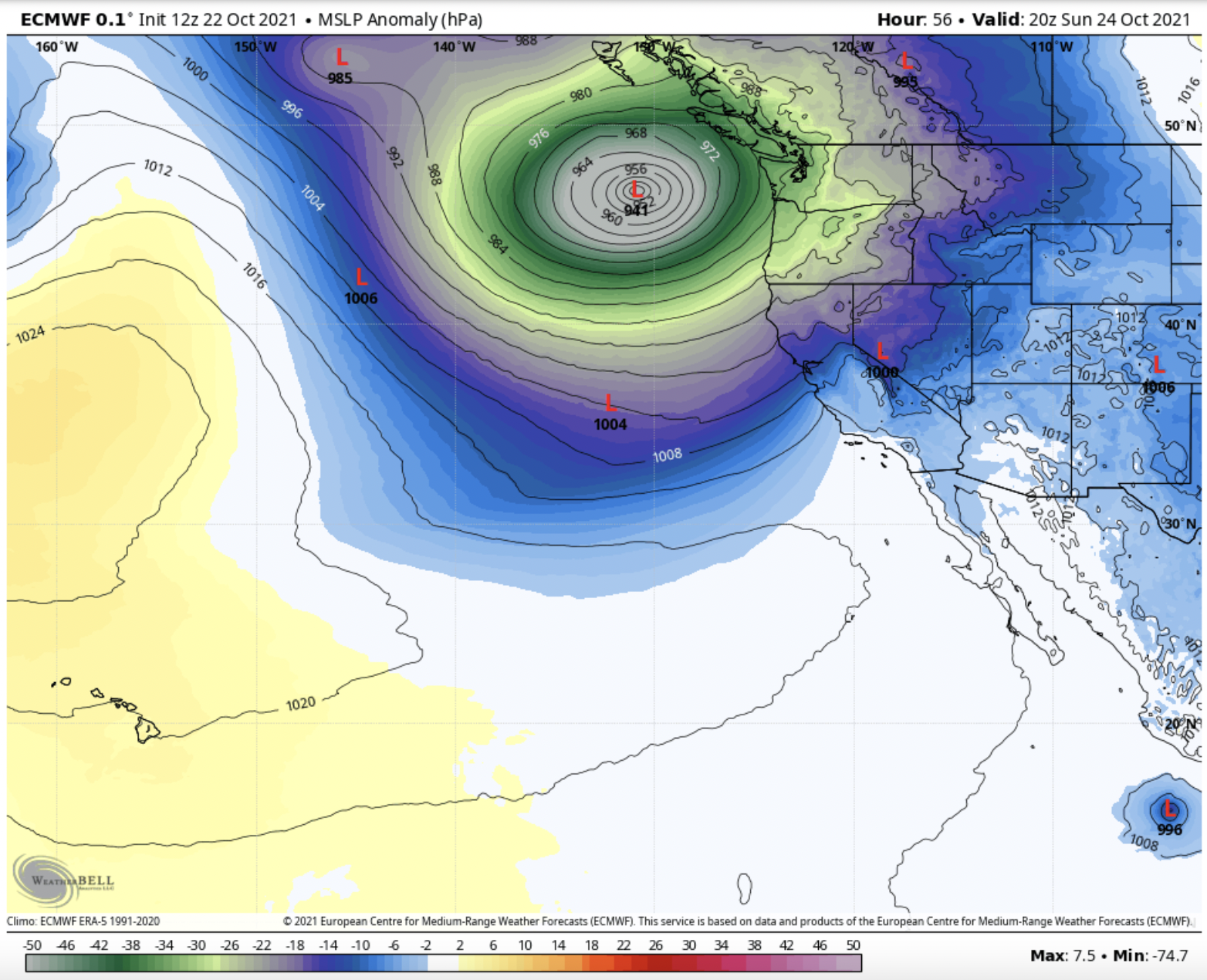